Home » News » Beyond the Bubble

This past December, a group of 25+ grantmakers convened in a room, charged with exploring connections between their funding areas. These individuals hailed from Philanthropy New York's issued-based working groups—often bound by familiar, focused tracks of funding priorities. Yet, for two hours, people who consistently fund youth, justice, health, climate, education, aging, workforce, Census, and the arts were asked to uncover ways their work overlapped.

As expected, the intersections were easy to find. The social issues facing all of us are tied insidiously and invisibly with each other and many of these issues are connected to racial disparities across life indicators.

A blinding amount of data is obviously not included in the list above, but it is out there. While we could list more dire statistics, Yuval Noah Harari, author of Sapiens, writes that its more important we “make sense of the information, to tell the difference between what’s important and what is unimportant, and above all to combine many bits into a broad picture of the world.” To do this, we need others with varying lenses and filters to pinpoint and hypothesize possible solutions to the complex problems facing us. We should reckon with the data, not in separate streams, but as an integrated river of inequities directing the lives of millions of people every day. Audre Lorde once stated: "There is no thing as a single-issue struggle because we do not live single-issue lives." Many nonprofits already know this and are thinking of social innovations and disruptions beyond the time-limited duration of their programs. College access programs can’t just get students into college—they need to think, track and assess how students leverage their degrees for crucial first jobs, which can, in turn, affect future earnings and social location. 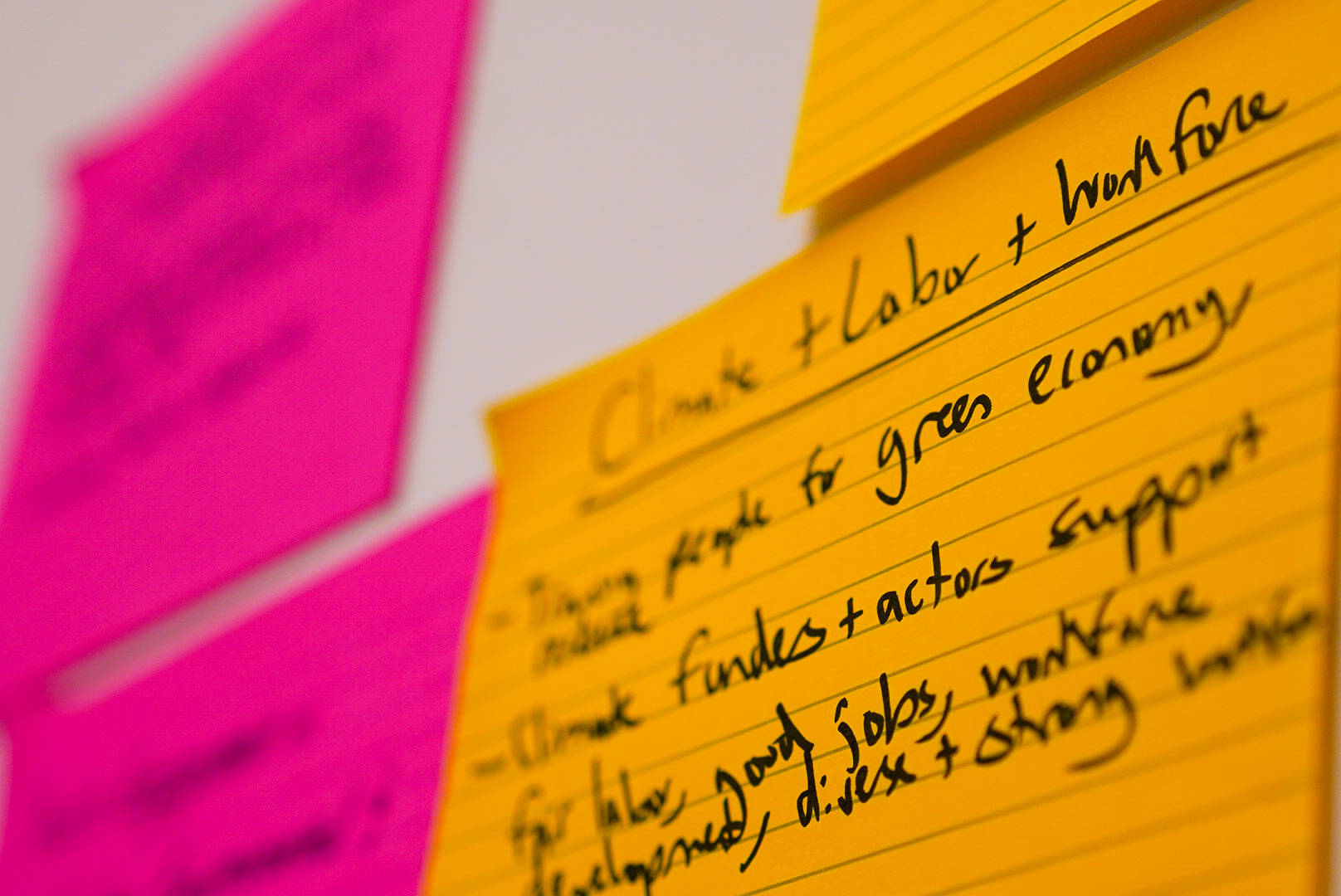 2020 is already becoming quite a consequential year. There is a presidential impeachment. Millions of acres in Australia have burned in fires. The U.S. begins its critical census count.  In an age where software engineers manufacture digital connections, it's vital to our survival to cultivate spaces where people connect in-person to imagine possibilities for addressing our biggest challenges. We saw members of the Justice Reform Group sit with folks from the New York Environmental Funders Network and the New York City Aging Funders Network to discuss how communities can gain climate resilience strategies in the face of climate collapse. We watched leaders from New York State Grantmakers for Census Equity and Youth Funders Working Group talk about how youth voices in the Arts can build awareness about representation. Internally, many folks at the convening were ultimately grappling with the forces that supercharge the problems—racism, patriarchy, xenophobia. They were doing it in a room named after James Baldwin, who once said: "Not everything that is faced can be changed, but nothing can be changed until it is faced." Inequality has calcified over generations. We need some strong stuff to break it down. Some good, out of the box, beyond the bubble thinking made by restless coalitions that see how the parts of the system all work together.

Neuroscience states that, for the most part, our brains get set in our ways of thinking around the age of 25. But it's also known that we can develop neural pathways beyond this checkpoint—but we have to make an effort to do so. Convenings are not rare in philanthropic spaces. More grantmakers are trying to discover and disrupt the deep fissures between the issues. Collaboration and cross-pollination works, thus we need more time together. It doesn't need to be formal. It doesn't need to be organized. It does need though, to be persistent, forceful and driven by the thirst to break a system that has broken too many people for too long.

[2] Risk of being killed by police use of force in the United States by age, race–ethnicity, and sex, Frank Edwards, Hedwig Lee, Michael Esposito, Proceedings of the National Academy of Sciences of the United States of America (PNAS), August 2019

[3] "For people of color, banks are shutting the door to homeownership," Kept Out Series, Reveal, The Center for Investigative Reporting, By Aaron Glantz and Emmanuel Martinez / February 15, 2018

Philanthropy Can Help Build a Thriving Democracy by Building Up Programs and Places That Fuel Civic Involvement Read @ The Chronicle of Philanthropy
An Opportunity for Will: Announcing PNY’s Racial Equity Working Group

What are the elements of a strong and sustainable funder-grantee relationship that drive meaningful change and impact? Read @ Philanthropy News Digest
END_OF_DOCUMENT_TOKEN_TO_BE_REPLACED