In partnership with Ford Foundation’s Just Films, we invite you to join us for the New York premiere and discussion of the Sundance award-winning film Always in Season.

In 2014, Lennon Lacy, an African American teen, was found hanging from a swing set in rural North Carolina. Despite inconsistencies in the case, local officials quickly ruled Lennon’s death a suicide. His mother believes he was lynched. The documentary, Always in Season centers a mother’s search for justice for her son.

Winner of 7 Jury Prizes at more than 30 film festivals, Always in Season, opens theatrically on September 20th before an extensive community engagement series and broadcast.

Join us for this meaningful conversation with filmmaker Jacqueline Olive and special guests to launch this national campaign.

Registration is required by September 11th. 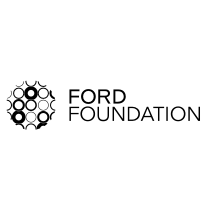 PNY programs are open only to members and other funders unless noted otherwise in the program description.

Contact us if you have questions or trouble registering.