New York, October 29, 2019 – The Doris Duke Charitable Foundation today announced the election of William H. Wright II as the foundation’s new Chair of the Board of Trustees. With an endowment of approximately $1.8 billion, the foundation supports the performing arts, environmental conservation, medical research and child well-being. Wright will also serve as Chair of the Duke Farms Foundation, which operates a 2,700-acre center for environmental stewardship in New Jersey, and the Doris Duke Foundation for Islamic Art, which operates the Shangri La Museum of Islamic Art, Culture and Design in Hawaii.

Wright retired as a Managing Director of Morgan Stanley in 2010 after having joined the firm in 1982. During his career in investment banking at Morgan Stanley, he was Head of Corporate Finance Execution, where he was responsible for leading and coordinating teams in the execution of complex equity offerings for multinational corporations, and served for two years as Worldwide Director of the firm’s Financial Analyst Program. He was also a trustee of the Morgan Stanley Foundation.

Wright has been consulted on securities regulation reform by the Securities and Exchange Commission Division of Corporation Finance and the U.S. House of Representatives Committee on Financial Services. He has served on the faculties of the Ray Garrett Institute of the Northwestern University School of Law and the Practising Law Institute... 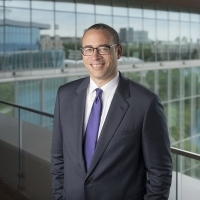