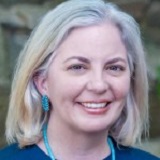 Westchester Community Foundation Names New Chief
The Westchester Community Foundation, which funds nonprofits in the county, announced this week it has named Laura Rossi as its next executive director.
Rossi joined the WCF in 2007 and has been responsible for its grant-making strategies, including initiatives to help communities lower their greenhouse gas emissions.
Rossi replaces Catherine Marsh, who announced her retirement after 16 years as executive director. She will be the third executive director since the foundation began its operations in 1975. Rossi said she will focus on addressing education and equitable smart growth issues.
“We need equitable development – housing and transit options balanced with the protection of our natural environment to entice the next generation to live here,” Rossi said. “The foundation will continue to address these and other needs.”
A lifelong Westchester resident currently living in Katonah, Rossi previously practiced law in Westchester and New York City and taught at Pace University and Fordham University.
The WCF is a division of The New York Community Trust, which funds nonprofits in New York City, Westchester and Long Island, with assets of $2.5 billion in more than 2,000 charitable funds. Trust President Lorie Slutsky said she was confident Rossi could direct the organization as it looks toward the future.
“Laura is passionate about engaging others in addressing community needs in Westchester,” Slutsky said. “Her experience and abilities will promote the value of community endowment for Westchester’s future generations.”
The WCF said it ended last year with nearly 200 funds and assets of $60 million. It distributed $1.5 million in grants to county nonprofits in 2014.