The Harry and Jeanette Weinberg Foundation, one of the largest private foundations in the United States, is pleased to announce the selection of a new trustee, as well as the assignment of new leadership roles in its Hawaii office.

Looking to the future, the Weinberg Foundation’s Board has unanimously selected Gordon Berlin to succeed Awaya as trustee. Berlin will begin his term on December 1, 2018. “The Foundation expresses its sincere gratitude to Alvin for his extraordinary accomplishments, as well as the legacy he leaves—the spirit and values of Aloha,” said Board Chair Robert T. Kelly, Jr. “The Foundation will greatly benefit from Gordon’s breadth and depth of experience, especially in the areas of tactical grantmaking and impact assessment. His voice will be a welcome addition to discussions ranging from investment management, finance and audit matters, to strategic grantmaking, grant evaluation, and community engagement.” 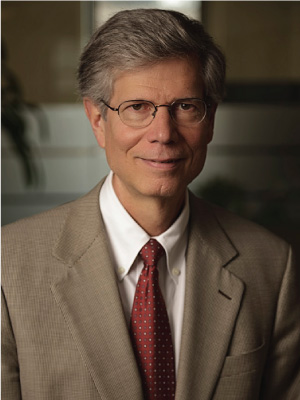 In 2004, Berlin was appointed President of MDRC, a New York-based nonprofit, nonpartisan education and social policy research organization dedicated to learning the most effective ways of improving programs and policies that affect the poor. Before joining MDRC in 1990, he served as Executive Deputy Administrator for Management, Budget, and Policy at the $6-billion, 33,000-person New York City Human Resources Administration. Berlin worked for six years as a program officer and Deputy Director of the Ford Foundation’s Urban Poverty program, where he gained a reputation as a creative and effective grantmaker and respected leader in the philanthropic community. Throughout his career, he has developed and managed programs to address problems of persistent poverty affecting vulnerable populations, including welfare dependency, homelessness, and unemployment. Berlin has worked to improve the nation’s public and nonprofit workforce, education (from early childhood through college), and social welfare programs and systems. He and his wife Kathryn are both long-standing members of Temple Beth Emeth v’Orr Progressive Shaari Zedek in the Flatbush neighborhood of Brooklyn, New York.

“I am humbled to be entrusted with the responsibility of serving on The Harry and Jeanette Weinberg Foundation Board of Trustees,” said Berlin. “I was born and raised in Baltimore and have lifelong ties to the Baltimore community. Now living and working in New York City, I am pleased to see the results of the Foundation’s substantial investments in both communities. This is not a surprise,” he added. “In my previous work with the Foundation, I have seen firsthand the Board and staff’s dedication, passion, and commitment to fulfilling its mission to improve the life chances of those living on the margins of society, enhancing the quality of Jewish life, and building the social and physical capital of the communities in which it works. Serving as a trustee will provide a welcome opportunity to draw on my experiences in philanthropy, public service, and nonprofit leadership to advance the Foundation’s objectives and give back to the communities I have been a part of.”

Over the past decade, the Foundation has had the privilege of working with MDRC, and directly with Gordon Berlin, to complete several significant grant evaluations involving US education, workforce development, and housing. Berlin has also led the evaluation of programs for older adults and job training in Israel, administered by the American Jewish Joint Distribution Committee (JDC)...