We Can Build a Better, More Inclusive Tech Workforce 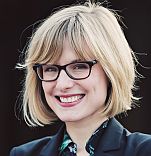 by Leigh Ross, Program Associate, Hive Digital Media Learning Fund in The New York Community Trust
New York’s technology industry is adding jobs at nearly four times the rate of the City’s overall economy. Better yet, it pays well. Local computer programmers make an average of $91,000 annually; while software developer salaries average $110,000, according to the U.S. Bureau of Labor.
For many New Yorkers, however, the opportunities created by tech are out of reach. And while coding is often referred to as “the new literacy,” foundations are still grappling with how best to address the increasing need for rigorous, accessible computer science education.
A panel of educators, funders, and policymakers tackled the topic at a Philanthropy New York funders briefing on January 22. These are a few of my takeaways:
Foundations should keep in mind this field is new and changing rapidly. Consider Twitter, a multibillion dollar company with 284 million active users that was nonexistent ten years ago. Philanthropy tends to favor groups with long track records and evidence-based practices. But, in the words of to Leah Gilliam, Director of Mozilla’s Hive NYC Learning Network, “although many of the nonprofits doing this work are just starting out, they’re doing a lot.” Let’s hope more funders take the risk.
Leigh Ross is a Program Associate for the Hive Digital Media Learning Fund in The New York Community Trust, a collaborative of funders that support digital media learning for adolescents, and make grants to the museums, libraries, and youth-serving nonprofits that comprise the Hive NYC Learning Network. For more about The Trust’s collaborative funds, please visit: http://www.nycommunitytrust.org/AboutTheTrust/CollaborativeFunds/HiveDigitalMediaLearningFund/tabid/620/Default.aspx

How Rapid Assessments Can Help the Shift from Response to Recovery

As funders, our immediate response to the onset of a global pandemic early in 2020 was humanitarian: to increase our support and to provide it in... Read @ The Center for Effective Philanthropy
Why New Yorkers should be proud of the 2020 Census Results
The unprecedented coalition of New Yorkers who came together to get out the count for this census have much to be proud of more »
As the Pandemic Pushes Women and Girls Further Behind, a Global Response to Gender Inequality Is Needed
Commitments to gender equality mean little without the financial backing and accountability needed to make them happen. Read @ The Chronicle of Philanthropy
Don’t Be A Stranger: Tips for Philanthropy on Distancing vs. Building Solidarity

As in person visits continue to be put on pause, I worry that prolonged distancing might push philanthropy towards more individualism and... Read @ GEO Funders
It’s Time to Fund Children’s Mental Health

With exponential increases in depression and anxiety among children, it is clear that we need collective philanthropic efforts to support our next... more »
END_OF_DOCUMENT_TOKEN_TO_BE_REPLACED