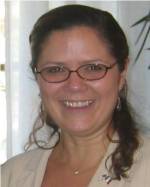 Mary Ann Sallas is the Director of the Combined Federal Campaign (CFC) at the United Way of New York City. The CFC is the nation’s largest workplace giving campaign, allowing federal employees to make charitable contributions through payroll deduction. New York City’s CFC raised over $2 million for charity in 2011. Ms. Sallas has been in the nonprofit world since 2001, working with the Fisher Center for Alzheimer’s Research Foundation until 2010 and serving as the Chief Operating Officer of the Michael Stern Parkinson’s Research Foundation from its inception in 2001 till 2009, and on this foundation’s Board of Trustees, serving as Secretary and Chair of the Nominating Committee.

Since 2001, she has worked with active duty and veteran’s issues, first as writer and editor of the magazine for the Fisher House Foundation, then as a board member of the Friends of Fisher House, West Palm Beach since 2003. She is a graduate of the University of Pennsylvania with a B.A. in Women’s History. She has been a volunteer since 2001 at the Friends 15th Street Homeless Shelter, which sleeps 12 homeless men every night, and has been on its steering committee since 2004.