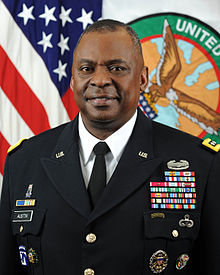 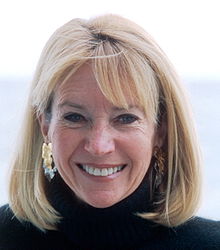 General Lloyd J. Austin III, U.S. Army (Ret.), the former commander of United States Central Command (CENTCOM), and Marcia McNutt, a distinguished geophysicist and president of the National Academy of Sciences, have been named to the Carnegie Corporation of New York board of trustees.

“We are delighted to welcome two highly accomplished individuals whose backgrounds will bring a wide range of expertise to our board of trustees,” said Thomas H. Kean, former governor of New Jersey and the Corporation’s board chair. “Before retiring from the U.S. Army, General Austin was a senior military leader in charge of U.S. forces throughout the Middle East and Central and South Asia, and served as an advisor to the president and the secretary of defense. Dr. McNutt is a scientist of the highest caliber who has experience running the National Academy of Sciences, an important oceanographic research laboratory, and a federal agency that responds to major disasters.”

“During his 41 years of service, General Lloyd Austin achieved a number of firsts for African Americans, including the first to serve as the commander of CENTCOM,” said Vartan Gregorian, president of Carnegie Corporation of New York. “He has direct knowledge of the military challenges facing the U.S. throughout the world, and has overseen the military’s response to insurgencies, civil wars, and the rise of the Islamic State. He will be an invaluable asset to the Corporation, especially for our programs dedicated to international peace and security.”

Gregorian continued, “Marcia McNutt, an award-winning geophysicist, was recently elected the president of the National Academy of Sciences, which was established in 1863 by President Lincoln to provide scientific advice to the nation. Before leading the Academy, while working for the federal government, she had a leading role on the team of scientists and engineers who contained the Deepwater Horizon oil spill. A conscientious and meticulous scientist, she is a role model for the profession.”

General Austin holds a BS from the United States Military Academy (West Point), an MA in education from Auburn University, and an MBA from Webster University.

He began his career in the U.S. Army in 1975 as second lieutenant in the infantry and rose through the ranks to command troops in combat at the 1-, 2-, 3-, and 4-star levels. General Austin served in numerous command and staff positions in the U.S. and around the world, including Operation Safe Haven in Panama with the 82nd Airborne Division; Operation Iraqi Freedom, helping to spearhead the 2003 invasion of Iraq as the assistant division commander for the 3rd Infantry Division; and Operation Enduring Freedom in Afghanistan as the commander of the 10th Mountain Division (Light).

In 2008 General Austin returned to Iraq as the commanding general of the Multi-National Corps-Iraq during the period when the surge forces were drawing down under Operation Iraqi Freedom. In 2009 he was assigned to the Pentagon as the director of the Joint Staff, followed by another tour in Iraq as the commanding general of United States Forces-Iraq, responsible for the transition of all U.S. and Coalition military forces and equipment out of the country by the December 2011 deadline.

In 2012 General Austin served as the 33rd vice chief of staff of the Army, culminating his military career as the 12th commander of U.S. Central Command (CENTCOM) from 2013 to 2016. As CENTCOM commander, he was responsible for military strategy and joint operations throughout the Middle East and Central and South Asia. He was also the architect and oversaw the execution of the military campaign to defeat the Islamic State in Iraq and Syria. He retired from the military on May 1, 2016, and is now the founder and president of The Austin Strategy Group.

Dr. McNutt began her academic career at the Massachusetts Institute of Technology (MIT), where she directed the Joint Program in Oceanography/Applied Ocean Science & Engineering. She is a veteran of more than a dozen deep-sea expeditions, on most of which she was chief or co-chief scientist. McNutt holds a BA in physics from Colorado College and a PhD in earth sciences from the Scripps Institution of Oceanography.

McNutt served as president and chief executive officer of the Monterey Bay Aquarium Research Institute (MBARI), in Moss Landing, California. During her time at MBARI, the institution installed the first deep-sea cabled observatory in U.S. waters, and advanced the integration of artificial intelligence into autonomous underwater vehicles for complex research missions.

From 2009 to 2013, McNutt directed the Department of the Interior’s U.S. Geological Survey (USGS). During her tenure, the USGS responded to a number of major disasters, including earthquakes in Haiti, Chile, and Japan, and the Deepwater Horizon oil spill. For her response to the oil spill, McNutt was awarded the U.S. Coast Guard’s Meritorious Service Medal.

McNutt served as editor-in-chief of the Science family of journals from 2013 to 2016, and on July 1 of this year she began a six-year term as the 22nd president of the National Academy of Sciences (NAS), succeeding Ralph J. Cicerone, who served two terms as NAS president and was who also a member of Carnegie Corporation of New York’s board of trustees until his unexpected death in November 2016.

McNutt has been honored with numerous awards and with memberships in leading professional societies, including the American Geophysical Union (AGU), the world’s largest society of earth scientists, for which she served as president.