Home » News » Richard D. Parsons Elected Next Chair of The Rockefeller Foundation Board; David Rockefeller Jr. To Step Down At End of Five Year Term

Richard D. Parsons Elected Next Chair of The Rockefeller Foundation Board; David Rockefeller Jr. To Step Down At End of Five Year Term 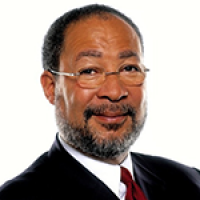 Richard D. Parsons Elected Next Chair of The Rockefeller Foundation Board; David Rockefeller Jr. To Step Down At End of Five Year Term
NEW YORK—The Trustees of The Rockefeller Foundation announced today the unanimous election of business executive Richard D. Parsons as the next Chair of the Board of Trustees. Parsons will serve as Chair-Elect until June of 2016 when he will take over as Chair at the end of the term of the current Board Chair, David Rockefeller Jr. Parsons joined The Rockefeller Foundation Board of Trustees in 2008.
David Rockefeller Jr., joined The Rockefeller Foundation board of trustees in 2006 and he began serving as Board Chair in December 2010. His term of Chair included the Foundation’s Centennial in 2013, an historic opportunity to reflect on one hundred years of impact and to launch new work for a second century.
David Rockefeller Jr. said: “It has been an enormous honor to serve as Board Chair of the philanthropy established by my great-grandfather in 1913. It gives me great pleasure that my successor will be Dick Parsons, a good friend of mine. Dick has led an inspiring career in both business and public service and has been an invaluable member of the board since 2007. I am certain that under Dick and Judith’s leadership the Foundation will continue to go from strength to strength.”
Richard Parsons said: “The Rockefeller Foundation has been dedicated to advancing the well-being of humanity for more than 100 years and it continues today, perhaps more vigorously than at any time in the last half century, to promote and support innovative new approaches to the age old problems of poverty, inequity, access and resilience. I am profoundly honored to be asked to help lead this organization going forward. We have a great board - of business, government and academic leaders drawn from around the world—and a terrific management and staff, all of whom I look forward to working with more closely. Finally, and more personally, this is a kind of homecoming for me. 85 years ago, my grandfather on my mother’s side was the head groundskeeper at Kykuit, the Rockefeller Family estate in Westchester. 40 years ago I went to work for then-governor Nelson Rockefeller as a young lawyer, and in the subsequent years have had the opportunity to work with many members of the Family. Now, to have the privilege of following David Rockefeller Jr.—who has been an absolutely fabulous Chairman—in that role is truly the arc of destiny coming full circle. I could not be more pleased by the outcome.”
“David Rockefeller has brought a deep sense of passion and legacy to his role as Chair and we thank him for his dedicated leadership of the Board,” said Judith Rodin, president of The Rockefeller Foundation. “As the future board chair Dick Parsons shares The Rockefeller Foundation’s dedication to poor and vulnerable people and supports our method of addressing the root causes of problems as a means of fostering a more inclusive society. We work as a cross-sector convener and collaborator and believe that in addition to partners in civil society and government the private sector must be engaged to advance greater resilience and more inclusive economies for the poor or vulnerable. Dick’s background in business and his own leadership as an early impact investor speaks to this approach. In addition Dick’s years of public service are an inspiration to us all and critical to our mission. I have worked with Dick on The Rockefeller Foundation and other boards, for several years and am looking forward to taking our collaboration to another level. ”
Mr. Parsons is the Senior Advisor of Providence Equity Partners LLC. He served as Chairman of the Board of Citigroup Inc. from 2009 to 2012. Mr. Parsons served as Chairman of the Board of Time Warner, from 2003 to 2009. From 2002 to 2007, he served as Time Warner’s Chief Executive Officer. Mr. Parsons joined Time Warner as its President in February 1995. Before joining Time Warner, Parsons was Chairman and Chief Executive Officer of Dime Bancorp, Inc., one of the largest thrift institutions in the United States. Previously, he was the managing partner of the New York law firm Patterson, Belknap, Webb & Tyler. Prior to that, he held various positions in state and federal government, as counsel for Nelson Rockefeller and as a senior White House aide under President Gerald Ford. Mr. Parsons received his undergraduate education at the University of Hawaii and his legal training at Union University’s Albany Law School. Mr. Parsons’ civic and nonprofit commitments include Co-Chairman of the Mayor’s Commission on Economic Opportunity in New York; Chairman Emeritus of the Partnership for New York City; Chairman of the Apollo Theatre Foundation; Co-Chairman of the National Museum of African American History and Culture. He also serves on the board of Estée Lauder and the board of Teach for America.
Parsons’ election represent another historic moment for one of the most diverse boards in philanthropy. Parsons will be the second African American to chair the board (the first was Clifton Wharton from 1982 to 1987). More than two thirds of The Rockefeller Foundation trustees are people of color and just under half of the trustees are women.
Mayor de Blasio stood at the Red Hook Houses in Brooklyn last spring to announce that the Federal Emergency Management Administration (FEMA) had agreed to hand NYCHA its single biggest check — a stunning $3 billion to restore developments slammed by Hurricane Sandy.
What was not clear was that thousands of residents in Sandy-affected NYCHA buildings will see none of those FEMA repair funds upgrading their buildings — even structures that FEMA had determined were underwater during the storm. . .
Learn More @ Rockefeller Foundation