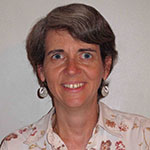 When the Nobel Committee awarded behavioral economist Richard Thaler this year’s prize for economics for “integrating economics with psychology,” it applauded his contribution helping economists—and the rest of us—understand why and how we make decisions and behave contrary to the “rational actor” model that underlies both traditional economic theory and many of our guiding assumptions in social program development. In Thaler’s words: “In order to do good economics you have to keep in mind that people are human.” Similarly, in order to do good grantmaking, and to design effective policies and programs, philanthropists, government officials and service providers need to consider how real human beings respond to their circumstances and choices.

Behavioral science draws on empirical research from psychology, neuroscience, marketing, and economics to explain how context and cognitive biases shape our decisions and behavior. These insights suggest practical strategies—“nudges”-- that can help people translate desires and intentions into actions and accomplishments.

Some key concepts from behavioral economics that are especially relevant for program designers and philanthropists:

People are more motivated by the prospect of a loss than a gain – For example, allocating a performance bonus up front and reducing it each day that targets were not met was most effective in increasing exercise among obese adults – significantly more so than offering the same incentive to be paid at the end of the intervention period

Knowledge about peer behavior influences our own – Informing people about how their neighbors and peers behave has reduced household water consumption and physicians’ inappropriate prescription of antibiotics, and increased students’ use of tutoring services.

Making an explicit plan increases the likelihood of follow through – When people are asked to say exactly what they will do when, they are more likely to take actions such as voting or getting a flu vaccine.

Reminders and feedback work – Goal setting, reminders, and information on how our actions compare to our goals can also significantly affect behavior. An intervention incorporating these techniques doubled the time that parents spent reading with their children.

Poverty and even thoughts of scarcity depress performance – For example, Indian farmers performed significantly worse on an intelligence test during a period when they had had no income for several months than just after they received their harvest earnings.  Shoppers at a New Jersey mall were presented with hypothetical scenarios in which they needed a minor or a major car repair, followed by an IQ test. Lower-income respondents scored significantly worse on the test when faced with the prospect of a large expense than a small one, while wealthier individuals performed similarly in the two scenarios.

In explaining the latter findings regarding the impacts of poverty on cognitive functioning, Sendhil Mullainathan and Eldar Shafir, authors of Why Having Too Little Means So Much, highlight the toll that scarcity – and the attendant anxiety and strain of juggling many competing demands – takes on mental bandwidth, leaving less capacity available for processing other information.  Thus, it is particularly critical for funders of both direct services and system reform advocacy to promote strategies that reduce the strain on mental “bandwidth” experienced acutely by low-income people – and often exacerbated by programs and policies intended to assist them.

In their book, Nudge, Thaler and Cass Sunstein summarize one key to effective behavioral design: “If you want to get people to do something, make it easy. Remove obstacles.”

Nonprofits and governments can, and do, pursue such approaches as:

While these kinds of strategies are not new, the growing body of research provides greater impetus and concrete guidance for expanding their use, and keeping decision-making biases and behavioral considerations front and center in future program design and implementation.

The Obama Administration sought to partner with the philanthropic community in the application of behavioral science insights when it created the Social and Behavioral Science Team, but that work was discontinued under the Trump Administration. Similar efforts are alive and well in NYC, where the Mayor’s Office has engaged behavioral science and design experts to advise City agencies on how to use these approaches to improve City services.   By exploring with grantees how to best deploy the power of social norms, performance incentives, goal setting, defaults and opt-out arrangements -- and minimize hassles – private funders, too, can play a valuable role in making a wide variety of good programs even more effective.

Philanthropy New York invites members to join Laura Wolff as she moderates the January 23 program “Designing Programs to Maximize Impact: How Behavioral Science Can Help,” with Anthony Barrows of ideas42 and Matthew Klein of the Mayor’s Office for Economic Opportunity.

Travis Baird, a Program Officer at the Maverick Capital Foundation, shares how his personal identity has guided his experiences and work within the... more »
END_OF_DOCUMENT_TOKEN_TO_BE_REPLACED