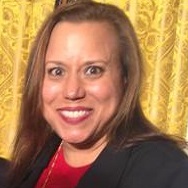 LaVerne Evans Srinivasan Named Vice President of Education Programs by Carnegie Corporation of New York
LaVerne Evans Srinivasan has been appointed Vice President of Education Programs at Carnegie Corporation of New York. A former Deputy Chancellor of the New York City Department of Education and an expert on urban education, she will oversee the foundation’s grantmaking in developing effective standards and assessments, improving teaching and human capital management, and advancing innovative new designs for schools and systems.
“It is an honor to lead Carnegie Corporation’s Education Programs,” said Ms. Srinivasan. “The Corporation has long been a standard-bearer for excellence and equity in public education, and I look forward to upholding those commitments. We know a lot about what works; the challenge now is to scale solutions that will benefit all children.”
On December 4th, Carnegie Corporation president Vartan Gregorian recommended Ms. Srinivasan to the Corporation’s board of trustees and they accepted his recommendation, effective the following day.
“After having screened available national talent and consulted with several experts, I concluded that LaVerne is the best choice for the Corporation. She brings expertise, a strong work ethic, leadership, determination, decisiveness, integrity, as well as collegiality,” Gregorian commented. “These are essential qualities that I am sure will make her successful in her new position as Vice President of Education Programs. I am certain that LaVerne will advance Andrew Carnegie’s mission and belief that education is both the key to our democracy and an essential tool in helpingthis generation and those who follow to succeed.”
Ms. Srinivasan, who has served as Acting Vice President of Education Programs since September, will continue as Program Director for Teaching and Human Capital Management, a position she has held since joining the Corporation in March 2014. Her work at the Corporation has focused on improving how teachers and school leaders are recruited, prepared, and supported in an era of higher standards for all students. She will expand on the program strategy of supporting high-quality, high-performing organizations and of seeding innovation to build up the number, quality, and reach of leading-edge organizations across the human capital spectrum in response to the increased need for educational equity. The Corporation places a particular emphasis on STEM teaching and learning, and Ms. Srinivasan has continued the Corporation’s support of the funding partnership 100kin10.
Ms. Srinivasan brings to philanthropy lessons from her senior-level leadership in urban district change, nonprofit education reform, and educational technology. A Deputy Chancellor of the New York City Department of Education from 2003-2006, she directed and managed the long-term strategic planning of the Human Resources division and the Student Enrollment Planning and Operations division, and launched the Parent and Community Engagement division. She designed and implemented Project Home Run, a strategically redesigned and streamlined system for recruiting, hiring, and placing teachers and school principals that greatlyincreased the teacher talent available to high-needs schools and has been replicated nationwide.
In 2006, Ms. Srinivasan became President of New Leaders for New Schools, where she led and managed day-to-day strategy and operations. In addition she oversaw the organization’s growth and expansion into six new urban school systems, its launch and development of the Effective Practice Incentive Community (EPIC) awards program, and the doubling of its network of community and staff.
As President of Time to Know, an educational technology company, Ms. Srinivasan worked to provide teachers with a suite of integrated tools for curriculum planning, classroom management, and student assessment designed to foster deeper learning by students through writing, project work, problem-solving, and creative activities. She later co-founded FieroNow, a technology company created to equip education organizations with meaningful and actionable feedback from their stakeholders, and with the data needed to respond.
Ms. Srinivasan began her career at the law firm Shearman and SterlingLLP. In 1993, she joined BMG Entertainment as a Senior Director, Legal and Business Affairs, rising to Senior Vice President, Legal and Business Affairs, and General Counsel Worldwide. She is a graduate of Harvard College and Harvard Law School. She serves on the boards of School Leaders Network, Peace First, Young Audiences New York, and TeachBoost, and was a founding member of the Consortium for Policy Research in Education’s task force on Strategic Management of Human Capital.