Home » News » John Ruskay, Ph.D., to Step Down in June 2014 as Executive Vice President and CEO of UJA-Federation of New York

John Ruskay, Ph.D., to Step Down in June 2014 as Executive Vice President and CEO of UJA-Federation of New York 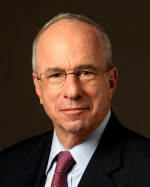 John Ruskay, Ph.D., has announced that he will step down from his position as Executive Vice President and CEO of UJA-Federation of New York on June 30, 2014, concurrent with the close of the 2014 Annual Campaign.

"I believe Federations represent the best of areyvut — responsibility for an entire community and people — and UJA-Federation has had an extraordinary record of meeting this responsibility for more than 90 years. I am so proud to have helped it grow and add to its enormous impact on our community and individuals," Dr. Ruskay said. "We have been able to provide essential assistance and create a caring, inspired community for so many. I want to thank my exceptional leadership team, the full Federation staff and all its donors and volunteer leaders. Together we have built a stronger community."

Under Dr. Ruskay's leadership as CEO since 1999, UJA-Federation of New York has grown as the largest Jewish philanthropy in the world. UJA-Federation's network of nearly 100 beneficiary agencies expanded its strength in meeting the needs of Jewish community in the New York metropolitan region, in Israel and around the world. During Dr. Ruskay's tenure, UJA-Federation raised in excess of $2.7 billion and grew its endowment from $330 million to more than $860 million.

In a letter to the community, Dr. Ruskay said, "I have been blessed to have a job that has enabled me to bring together three of my life-long passions: my conviction that Judaism enhances life; my commitment to care for every being; and my belief in the value of community."

"John's impact on UJA-Federation will last long into the future. He has provided exceptional professional leadership and is unsurpassed as a strong advocate and clear voice supporting federated giving, believing that we must serve the total community," said Jerry Levin, President of UJA-Federation. "John has ensured that UJA-Federation has the financial resources to support the services provided by our beneficiary agencies, as well as UJA-Federation's direct grants, scholarships and emergency funding that support vital programs. I, and so many others, thank John for his many years of tremendous service."

The UJA-Federation Executive Committee will be conducting an extensive nationwide executive search for Dr. Ruskay's successor under the guidance of Board Chair Alisa Doctoroff, who has been nominated to serve as the next President of UJA-Federation of New York for the three-year term beginning July 1, 2013.

In his tenure as leader of UJA-Federation, Dr. Ruskay has been acclaimed for numerous innovations, many stemming from the key strategic re-organization in the 1990s that brought forward a global allocation system for the first time. The first free-standing residential hospice in North America was opened, and the Israel Trauma Coalition was created. At the height of the recent recession, Dr. Ruskay led the rapid establishment of Connect to Care, a comprehensive network of employment, financial, legal and counseling services that has helped more than 60,000 clients. After Hurricane Sandy struck the New York metropolitan area last fall, Dr. Ruskay galvanized the Federation system to provide aid to tens of thousands in the region. And under the Synergy initiative that he helped create, stronger ongoing relationships have been forged with synagogues throughout the New York Jewish community.

Under the Ruskay administration, as Ethiopian Jews continued to be brought to Israel, UJA-Federation has been at the forefront of starting and developing programs to help their transition into Israeli society. Dr. Ruskay has also championed continued assistance to many in dire need in the former Soviet Union.

"John Ruskay came to UJA-Federation with great experience, knowledge and vision. He has provided the professional leadership to address the challenges our Jewish community has faced, as well as to seize the opportunities," said Doctoroff. "Fortunately, John's experience, knowledge and vision, together with that of our lay leadership, will also guide our planning for his departure and our transition to new professional leadership, ensuring strong, uninterrupted direction for our community."

Dr. Ruskay first came to UJA-Federation in 1993 and served in several positions before being appointed Executive Vice President and CEO in October 1999. A graduate of the University of Pittsburgh, he earned his doctorate in Political Science at Columbia University. He previously served as Educational Director of the 92nd Street Y from 1980 to 1985, and from 1985 to 1993 he was Vice Chancellor of the Jewish Theological Seminary of America, from which he received an honorary doctorate in 2011.

After he steps down, Dr. Ruskay will become an executive vice president emeritus. Besides being available to assist his successor, he plans to focus on a range of other personal interests. 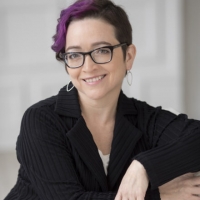