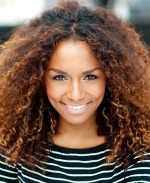 The Arcus Foundation has announced that Janet Mock, a prominent writer and social justice activist, has joined the Foundation's Board of Directors.

"Janet brings a tremendous set of experiences and unique perspective to the Arcus Board," said Arcus Founder and Board President Jon Stryker. "Her contributions to social justice are impressive, and we are thrilled to have her participation in guiding Arcus at this very exciting time for the Foundation."

Mock is a writer and activist whose essays, speeches and media criticisms aim to expand society's limited idea of womanhood and reclaim the stories of those most marginalized in the LGBTQ movement. She worked as a staff editor for People.com for more than five years and helped develop programming for trans youth at the Hetrick-Martin Institute in New York City. Her memoir about living visibly will be published by Atria/Simon & Schuster in 2014.

Since sharing her teenage transition story, Mock has concentrated her efforts on speaking out about the struggles, triumphs and portrayals of trans women like herself. She founded the social media project #GirlsLikeUs to highlight the diversity of trans women and to raise their visibility. She travels the country speaking about intersectional gender justice, and her commentary has appeared in a number of media outlets, from NPR to the Melissa Harris-Perry show. She will be seen in the HBO documentary The Out List later this month.

In 2012, the Sylvia Rivera Law Project, an organization created to advance the legacy of transgender activist Sylvia Rivera, honored Mock for her advocacy. She was also named one of GOOD magazine's "100 Doers to rally behind," the "Top 13 Women of Color to Watch" by the Center for American Progress and The Grio's "100 Most Influential African-Americans." Her work has also been nominated for a GLAAD Media Award and a Women's Media Center Award. Mock attended the University of Hawaii at Manoa and earned her Master's degree in Journalism from New York University.