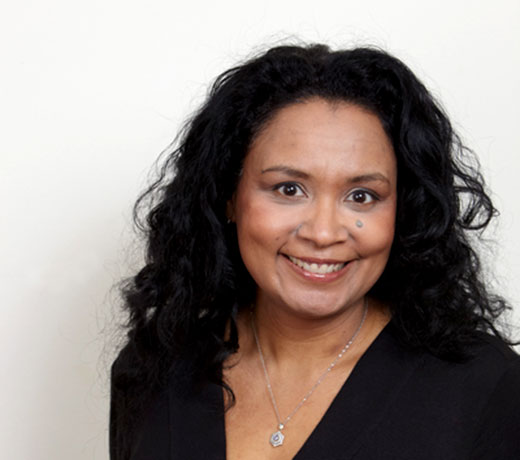 When I went to work on Nov. 9, I experienced a fear that I had never felt in my many years in NYC.  As a woman of color, there have been many incidents in the past that unsettled me— some because of gender, others because of skin color, and still others because of both— but never to the pervasive level that I felt on that day.  The closest I can come to describing it is a need for constant vigilance; I imagine it is similar to the mindset needed to survive in a war zone.  It wasn’t a fear borne out of one person’s power over another. Rather, it was the fear of a mob mentality superseding the rule of law.  It was unnerving, to say the least, but it was worsened by the subsequent doubts that crept into my fear.  Was I overreacting? Was I being an alarmist? Was I crazy to think that the world had changed overnight?

I headed to my office with a need to be among friends and colleagues and to feel safe in a way that this city, that had always been my friend, couldn’t offer me.  At least not on that day.  I needed to be around people who were similarly alarmed and frightened but who would, in their fear and alarm, find a way to band together to begin the fight against the hate and fear that this new era will bring.  While I found some of what I needed, I didn’t find everything.

After some reflection, I wrote the following: this thing that happened on November 8, 2016 didn’t just appear like a ghost from the mist.  It has been growing and building for years, for decades, for centuries. Every moment of entitlement that went unchallenged, every sexual assault that was swept under the rug, every unarmed black man that was gunned down in the street, every right that was stripped away. Every one of these events foretold where we are today.  How are you shocked? It’s all been leading to this.  We are to blame.  We allowed this to happen.  And now we have to find a way to move forward.

Understand that this is a crossroads in our history.  This is the point at which you decide where you stand.  You cannot normalize this atrocity.  You cannot expect us to put it all behind and get back to business.  You want to take away even this grief, this pain, this outrage.

If we remain complacent, if we return to “normal”, we are lost.  If we allow ourselves to watch as rights are stripped away even further in incremental bits, by the time we realize it’s too late, it’s going to be too late.

Since Nov. 9, fear of an immediate fracturing of the rule of law has lessened, but an increase in my looming sense of dread has taken its place. Incidents tracked by groups like The Southern Poverty Law Center, show signs of a chilling future to come.  These incidents have tapered off in the last few weeks, but they will start to rise again once the lack of consequence is more fully revealed.  They will be normalized as we become inured to the constant hate that is reported, or not reported as the case may be. Already, the media has started whitewashing and underreporting heinous situations, because of a fear of losing access to someone who drives page views or, if I’m being fair, because of fear of retaliation.

So what can we do? Many philanthropic organizations have already put out statements calling for unity and solidarity.  They have provided suggestions on how to move forward, mostly by supporting groups that, on the one hand, fight inequality, racism, homophobia, etc. and on the other focus on upholding the laws of our country, but we also need to start thinking beyond the obvious (but necessary).

Attending protests and possibly being arrested, for example, is now a vastly different experience for people of color in this country.  A system that has already proven to be unjust to minorities has lost its momentum to reform, at the very least for the next four years, and will become that much more hazardous to negotiate. One writer suggested implementing a “white buddy” system when attending a protest.  She posited that a white person would probably be less likely to be arrested, or if he/she does eventually enter the legal system it would be a quicker and most likely safer experience.  The media will also be more inclined to report on the unjust incarceration of a white person than that of a person of color. Philanthropy, in this case, could support organizations that are advocating for criminal justice reform and accountable journalism.  We need to rethink how we will address the myriad issue areas that will be severely impacted by the new administration: reproductive justice, LGBTQ concerns, the environment, Islamophobia, to name a few.

Philanthropy New York has started a resource page for post-election convenings and resources. Add to it.  Challenge it. Scour it to find the people, places and actions that will bring us all justice and solace. Foundations, for example, may consider starting legal funds for employees or grantees who are unjustly detained, should they choose to protest the administration.  They can provide funds or housing or an extra day off for attending post-election events. Most importantly, we can keep the conversation vibrant and immediate.

This is an opportunity to engage in creative thinking and find ways to define and redefine this new normal that belongs to all of us.

New to the philanthropy field, I was encouraged to sign up for the Philanthropy New York Core: Financial Series during the winter of 2021.  more »
END_OF_DOCUMENT_TOKEN_TO_BE_REPLACED