Home » News » How To Grow and Activate Your Audience On YouTube

How To Grow and Activate Your Audience On YouTube

Wednesday, March 12, 2014
by Brett Davidson
Project Director, Health Media Initiative, Open Society Foundations
Online video is becoming increasingly important as a communications medium, and video is predicted to make up the vast majority of internet traffic in the next few years. Many foundations fund advocacy videos produced by their grantees, or produce videos themselves — but all too often good and even powerful videos languish on YouTube and other platforms, with only a handful of views. And even if decent numbers of people do watch the video, not enough of them go on to take action or get involved.
Recently, representatives of a few New York-based foundations sat down with Sherif Hamdy and Gideon Kalischer of the YouTube Non Profit program and Jeff Davidoff of the ONE Campaign, to share advice and experiences on how to best grow and engage audiences online.
Probably the most important message that came across is that YouTube is much more than just a place to load and store videos that are embedded elsewhere — such as organization websites or Facebook pages. YouTube is both a powerful social network and leading search engine in itself. As such, it has some powerful features available to any organization seeking to grow audiences and get them engaged — and YouTube’s nonprofit program offers even more benefits. It is now available to registered NGOs and charities in the U.S., the U.K., Canada, Australia, Germany, India, Ireland, France, the Czech Republic, Denmark, Hong Kong, Italy, the Netherlands and Taiwan.
YouTube’s channel format enables organizations to create a home on the site — and it is important to optimize this, using banner images and thumbnails that create a brand and tell a clear story. It is also vitally important to use metadata such as tags, descriptions and titles to make it easy to be found through search, and to link to current search trends.
Specific features available to nonprofits include call-to-action overlays and annotations that can provide extra context and ask viewers to take actions such as signing a petition or sharing the video via their own social networks. There is also the possibility to solicit funds directly via YouTube through a Donate button on the page. Live stream can be used to broadcast events in real time. Organizations such as Charity: Water use these features to great effect. Tips and details on how to best make use of the tools available are outlined in a step-by-step guide, the Playbook for Good.
https://www.youtube.com/watch?v=YpKAtk5C0lM
But according to Hamdy, the YouTube Nonprofit Program lead, none of these features is of any use without great content — and by this he means genuine and immediate content — it doesn’t have to be polished and shiny. Indeed, authenticity is everything. Real stories from real people are what draw viewers in, engage them and keep them. Save the Children and the Make a Wish Foundation provide good examples of this. It is also important to stick to a schedule and upload new and fresh content regularly and predictably.
Another important way to grow and engage audiences is to cross-promote and collaborate with others on YouTube. The ONE Campaign has used this to excellent effect — to the extent that their audience engagement, measured by views as well as actions, such as petition signing, has increased tenfold. Jeff Davidoff, Chief Marketing Officer at ONE, says that this happened once they decided to stop trying to get audiences to come to them, and to rather take their content to where the audiences already exist. For example, part of ONE’s campaign against extreme poverty and preventable disease involves calling on donor nations to support farmers in the developing world to grow nutritious orange sweet potatoes. After some research, Davidoff and his team discovered that cooking channels on YouTube have huge numbers of viewers. They then approached a diverse array of popular “YouTube Chefs” and asked them to feature a recipe for orange sweet potatoes in their next program. The results ranged from a feature on fire-roasted sweet potatoes by the BBQ Pit Boys (over 62,000 views to date), to one on sweet potato fries by Amy Blogs Chow, a New Yorker who rubs shoulders with celebrity chefs and the likes of Ralph Lauren (311,591 views). Each program mentions the sweet potato’s nutritious benefits and points viewers to ONE’s petition and website.  According to Davidoff, not only has this led to record exposure for their campaign, but it continues to generate actions and new members many months after the programs first aired.
https://www.youtube.com/watch?v=p1sWtVz7JS4
In another campaign called Agit8, designed to engage a new audience in the fight against poverty, ONE asked popular musicians to record covers of iconic protest songs, each in their own style. Fans of musicians like Mumford & Sons or Macklemore now come across these videos in the course of their regular searches on YouTube.  This strategy has gained hundreds of thousands more views than might have been gained from people searching for something like “hunger” or “poverty PSA” on YouTube.
A key point that came through again and again in the discussion is that it is vitally important to be clear about your goal and targets before you produce a video at all, and then to have a way to measure and assess your success. And another that may be surprising — video length does not seem to affect viewership and virality, as long as the content is emotionally compelling. We hope to continue the conversation about best practices in online advocacy video, so if you are interested, please let us know by emailing me or by leaving a comment below.
This post originally appeared on The Communications Network on March 3, 2014 and is reprinted with permission.

As funders we have the opportunity both to redistribute our wealth and to fuel the movement for reparations. Read @ Philanthropy News Digest
New York Owes Nonprofits More than a Parade
New York Owes Nonprofits More than a Parade Read @ The Impact
Dear Fellow Funders: No More Statements on Racial Equity Please (Until You Publish “The Receipts”)
Funders should commit to tracking and publicly sharing a few basic diversity, equity and inclusion metrics. more »
Learning Together to Grow the Field
The comprehensive study, Sports-Based Youth Development: Hitting a Home Run in Social and Emotional Learning Outcomes, shows how sports-based youth... more »
Trusted Advisors—You Rely on Them and Lower Income Families Need Them Now 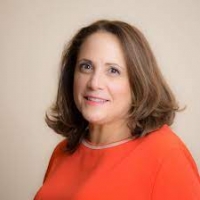