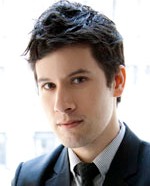 Funders for LGBTQ Issues has announced that Lyle Matthew Kan, who served as their strategic communications consultant since February, has joined their staff on a full-time basis as Director of Communications and Education.

“In this new, expanded role, Lyle will not only lead our communications efforts, he will also spearhead the educational aspects of our programming, with a focus on developing messaging strategies to educate the wider funding community about how LGBTQ issues connect with a range of philanthropic priorities. I’m thrilled to have Lyle as a core member of our growing team,” said Ben Francisco Maulbeck, President of Funders for LGBTQ Issues.

From 2011-2013, Kan served as the acting Director of Development and Communications at the Stonewall Community Foundation. During a complicated leadership transition, he led all development and communications efforts, including the management of Stonewall Quarter Share. Prior to his position at Stonewall, Kan spent a year at the Foreign Policy Association, transforming the FPA U pilot project into a fully realized program operating in New York City and Washington, D.C. Before that, he specialized in private sector business development and branding. Kan holds a Master of Science degree in Political Sociology from the London School of Economics and Political Science and earned his Bachelor of Arts degree from New York University's Gallatin School of Individualized Study.

Funders for LGBTQ Issues also welcomes Danilo Machado as their Immigrant Rights Intern for the summer. Machado, a student at the University of Connecticut –Stamford, will work to assess opportunities and challenges for funders working at the intersection of immigration and LGBTQ rights. Machado joins Funders for LGBTQ Issues through the Queer DREAM Summer Internship Program, and his internship is made possible by the generous support of the Evelyn and Walter Haas, Jr. Fund.