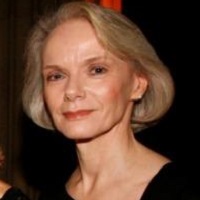 "Toni" has leveraged her very successful career as a corporate executive (including as a Managing Director at Lehman Brothers) into a second career in the social sector, including serving as the East Coast Director of Encore Fellows at Civic Ventures, and serving on numerous boards, among them the New York Women’s Foundation, Taproot Foundation and the Nonprofit Coordinating Committee of New York.  She has extensive networks across the for profit and nonprofit sectors.  She leads our efforts to build the community of affinity groups, wealth advisors, and high-net worth philanthropists that support scaled impact in both education and health. 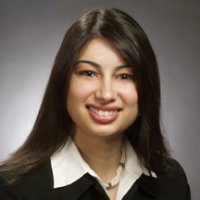 As Deputy Vice President for Education, Kaberi joins a team led by Robert Sherman, PhD, focused on building the education marketplace.  Kaberi brings extensive experience in private philanthropy, with particular expertise in K-12 and out-of-school time.  Prior to joining the Exchange, Kaberi was a Program Director at the Crown Family Philanthropies in Chicago.  She has designed grantmaking strategies and led the creation of accountability systems and brings a very strong peer network of foundation and nonprofit leaders. 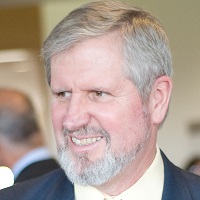 Prior to joining the team at the Exchange, David had been a foundation executive for over 25 years. From 1993 through this year, he was Executive Director of the William Caspar Graustein Memorial Fund in CT. Prior to Graustein, David had served as Executive Director of the Ittleson Foundation.  Throughout his career, David has been dedicated to programming and philanthropy that support more effective education in the U.S, with particular interest and expertise in early childhood education and development.  He is a nationally regarded leader in education philanthropy with an unusually strong track record in developing and stewarding multi-sector collaborations. His role at the Exchange will focus on broadening our education funder networks and cultivating engagement in this growing community.

Philanthropy New York is excited to welcome Amy Chen as Executive Coordinator and Secretary to the Board as of June 27th. more »
Geraldine R. Dodge Foundation Welcomes Janna Oberdorf as Director of Communications
Dodge Foundation Bolsters Strategic Communications and Engagement Efforts to Further Racial Equity Mission Read @ the Geraldine R. Dodge Foundation
Ken Shatzkes, Ph.D. Promoted to Foundation for Opioid Response Efforts Program Director
Shatzkes has over 15 years of experience performing biomedical research in academic, government, and nonprofit settings. Read @ The Foundation for Opioid Response Efforts
William Moon Joins Carnegie Corporation of New York as Vice President and Chief Financial Officer
The CFO of the Russell Sage Foundation succeeds Robert J. Seman, who retires from the Corporation after 32 years of service Read @ Carnegie Corporation of New York
Rockefeller Brothers Fund Names Joseph Pierson New Chair of the Board of Trustees
Joseph Pierson first served on the board of the RBF in 1994 and has since served four separate terms for a total of 23 years. Read @ The Rockefeller Brothers Fund
END_OF_DOCUMENT_TOKEN_TO_BE_REPLACED