Home » News » Debora L. Spar Joins the Board of the Markle Foundation

Debora L. Spar Joins the Board of the Markle Foundation 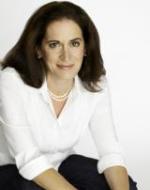 The Markle Foundation has announced that Debora L. Spar has joined its Board of Directors. Dr. Spar is the current President of Barnard College, a private liberal arts college for women in New York City.

"Debora Spar's global leadership on business and technology issues will be extremely valuable as Markle continues to accelerate the use of information technology to address previously intractable public problems," said Zoë Baird Budinger, President of the Markle Foundation. "We are delighted that this leading author and educator will help us achieve Markle's goals for health care, national and economic security."

Dr. Spar became the seventh president of Barnard College in July 2008. Prior to joining Barnard, Dr. Spar spent 17 years on the faculty of Harvard Business School, where she taught courses on the politics of international business, comparative capitalism and economic development. She also devoted herself to concerns of social justice, serving as Chair of the Harvard University Committee on Human Rights and Making Markets Work, a program to develop leaders in African nations.

Dr. Spar is a political scientist by training and has focused her research on issues of international political economy and growth markets. She is a regular commentator on news outlets and has written numerous articles and books, including Ruling the Waves: Cycles of Invention, Chaos, and Wealth from the Compass to the Internet (2001) and The Baby Business: How Money, Science, and Politics Drive the Commerce of Conception (2006). Her forthcoming book, scheduled to be published in 2013, is tentatively titled Dancing at Utopia Mall: Dreams of Sex, Choice and Beauty at the Edge of the Feminist Era.

Dr. Spar is a member of the Council on Foreign Relations and the American Academy of Arts & Sciences, and serves as a trustee or director of public and nonprofit organizations.

Dr. Spar graduated from Georgetown University's School of Foreign Service and received a doctorate in government from Harvard. 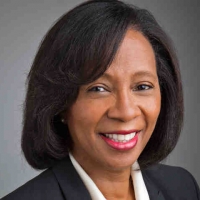