An example is Monica Lee, a young woman who grew up in Flushing, Queens, raised by her Korean immigrant grandmother. Monica recently told me, “I think the goal and dream of our parents and grandparents is for us to get educated and get out of the community. To move on to ‘better’ things and places.”

This so-called dream can contribute to a brain drain of young professionals who rush to leave the communities they grew up in as they pursue their careers. However, Monica began to question this narrative after she was selected in 2019 by the Korean American Community Foundation (KACF) as a Capacity Building Fellow. Through our partnership with Community Resource Exchange, she received comprehensive training to be a nonprofit professional working in the Korean American community. During this time, she worked with Korean nonprofit partners to streamline their fundraising strategies, improve donor and client data management, and develop ways to meaningfully engage stakeholders.

“I came to the realization that there was something for me to do here,” she said, recognizing the value she brought as a bilingual and bicultural Korean American who has a deep understanding of her community. “For example, homebound meal service is not simply a food drop-off. It is also about maintaining human contact with seniors and making sure that they are in good health when they make it to the door and accept the food.”

KACF has been equipping and planting young leaders in Korean American nonprofits through its Fellowship program for eight years, and we are learning that it: (1) enables effective, transformative work in under-resourced communities; (2) counters a flight of young AAPI talent from those communities; and (3) bridges cultural gaps and strengthens inter-generational collaboration. After the Fellowship, Monica was hired as a Communications Officer at the Korean Community Services (KCS) in Flushing, one of KACF’s grantee partners. It’s a career path borne out of her personal experience. Several years ago, when a group of Korean seniors, including her own grandmother, were kicked out of a local McDonald’s for lingering too long to socialize over a cup of coffee, a story by the New York Times brought a moment of hyper-visibility for a typically invisible population. McDonald's ultimately apologized. “I saw the power of our stories getting told,” Monica said. “It made me want to do more to help seniors like my grandmother have a voice.” She is now helping to tell the stories of some of the most voiceless community members with KCS, the first and largest organization to serve low-income Korean Americans in New York.

Monica is an extraordinary example of home-grown talent serving her immigrant community. KCS’s Executive Vice President, Myoungmi Kim, who is a first-generation Korean American, told me of her immense pride and gratitude for having a highly trained, bilingual second-generation Korean American as a staff member. This is notable because there is often a culture and education gap that can create tension between generations in immigrant communities. She says that KCS wants to support and invest in the young generation. This is how it will continue to grow as a leading community organization. It also creates a pipeline of emerging leaders who can leverage their talents, lived experiences, and cultural understanding to lift up their community in unique ways.

Intentional, long-term funding for local capacity is key for organizations to meet AAPI families where they are. As Monica is empowered to be a voice for others like her grandmother, we are building firm foundations to better serve those whose voices are often not heard. To foster more Monicas and counter a flight of young talent from an already under-resourced community, more than ever today, we must re-imagine and invest in the next generation of leaders to bridge gaps between funders and doers, between the first and second, and other generations to be active participants and contributors in our communities.

On Thursday, June 17th, Kyung will moderate the Philanthropy New York program, Moving Beyond Anti-Asian Myths and Violence to Multi-Racial Solidarity and Action, a conversation on the history of AAPI marginalization and how funders can show up in multi-racial solidarity and action.
Learn more and register now!

How Can We Be Better Funders? Let's Do the Homework

What if we didn’t have access to Zoom? Or to the internet at all? more »
What It Takes: Supporting New BIPOC Executives 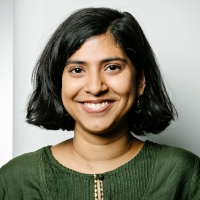 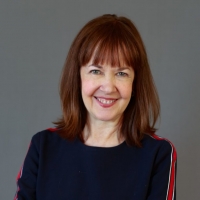 As funders, our immediate response to the onset of a global pandemic early in 2020 was humanitarian: to increase our support and to provide it in... Read @ The Center for Effective Philanthropy
Why New Yorkers should be proud of the 2020 Census Results
The unprecedented coalition of New Yorkers who came together to get out the count for this census have much to be proud of more »
END_OF_DOCUMENT_TOKEN_TO_BE_REPLACED