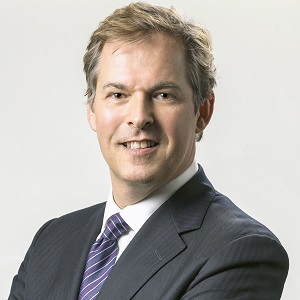 In the past decades, champions of the effective philanthropy movement have persuaded numerous grantmakers to focus their giving, develop clearer goals and plans, and assess performance—hallmarks of a strategic approach. Yet some funders have been put off by overly rigid, top-down, and utilitarian variants. Others are likely never to adopt a strategic philanthropic approach, as they have different motivations, goals, or bandwidths. However, plenty of funders may still consider and benefit from a more intentional and impact-oriented approach to philanthropy. To engage these funders, adherents of outcomes-oriented giving need to build a bigger tent. To appeal to a broader audience, they must shape their messages in ways that compel the hearts and minds of those who currently do not give with an eye toward effective philanthropy.

"Just because an idea might change the world doesn't mean that it will spread," Nicole Dubbs and Kerry Anne McGeary observed in their recent article “Four Ways to Spread Ideas.” The authors write, "… for people to 'pull in' an idea, there must be trust, authenticity, relevance, and salience in the message, messenger, and medium." Gaining the audience’s trust of the message and medium, however, is only a preliminary step. Professor Jonah Berger, a well-known marketing expert and author, suggests in his article "Making Ideas Catch On" that ideas become more contagious when the proponent tailors the communication to audiences. This customization offers practical value and helps establish emotional connection. Once the message is adapted, the next step is to build a coalition of changemakers to scale the idea toward implementation.

Effective philanthropy leaders may apply lessons about how ideas catch on to extend their reach beyond "innovators" and "early adopters” to more mainstream funders and donors. Specifically, strategic giving advocates could work to better appreciate their traits and motives, build bridges to their networks, and offer them more accessible advice and tools.

Embracing the philanthropic ecosystem's full spectrum means going beyond the world of big philanthropies, high tech and high finance, and academia. Three-quarters of contributions to US-based nonprofits are from individual donors. About 15 percent of donations originate from foundations, most of which are small- to mid-sized and have few or no staff. These organizations are very different than the larger, professionally staffed foundations that, along with certain cerebral thought leaders and results-oriented Silicon Valley and Wall Street donors, tend to dominate conversations on philanthropic effectiveness.

Philanthropists usually have a multi-faceted array of motivations to give, including a desire to improve society, give back, honor a faith, build a family legacy, gain public recognition, and reduce taxes. Typically, a donor draws from several of these in developing a motivation to give. For example, I recently provided guidance to a wealthy middle-aged widower who donated several million dollars to a local nonprofit for a combination of reasons. He wanted to invest in an innovative social enterprise to enrich his community, honor his late wife, and teach his young children to be generous and civic-minded. While his gift was unique in nature, this kind of blended motivation is fairly common.

Another example is the arrangement in which Lincoln Center paid the Avery Fisher family $15 million to relinquish naming rights to the hall. As a result, Lincoln Center would be free to accept a $100 million gift from David Geffen for the same hall’s naming rights. In both cases, the benefactors certainly cared about making outstanding performing arts accessible, but personal credit apparently mattered as well.

The manner by which philanthropists became prosperous does not necessarily influence how they give. For example, those who have created their own wealth will approach philanthropy in different ways. I have advised some who wanted to apply the methodical and assertive practices that enabled them to thrive in business to their giving strategies. And I have worked with others who were dubious about rigorous, evidence-based philanthropy, because they believed that their own successes resulted more from drive, intuition, and even luck than deliberate goal-setting, analysis, or planning.

Whatever their source of wealth or the methods they use to give, most donors tend to be skeptical altruists. They want to do good but are uncertain about which strategies most effectively address particular societal problems. Many give responsively because they don’t have adequate time, energy, or resources to understand the complexities of impact assessment. To better assist these less-sophisticated donors, professional philanthropies that evaluate "what works” could do a better job of sharing their insights. Groups such as the Foundation Center, Center for Effective Philanthropy, and Growth Philanthropy Network help funders share knowledge and align their grantmaking in specific fields.

However valuable an aligned approach to giving may be, it is important to note that the tax laws and regulations that currently govern American philanthropy allow for diverse aims and are not expressly designed to maximize social impact. In fact, the current system enables philanthropies to pursue divergent goals. One donor may support a particular religion and another may fund atheism. A certain foundation may subsidize advocacy for more progressive public policies related to health care reform, while another might award grants to counteract them. In many cases, philanthropic collaboratives may be valuable to strengthen a community or field. In other cases, a set of donors cannot—and should not—try to agree on a common agenda for "collective impact."

There are signs that donors and funders may embrace high-impact philanthropy more frequently in the future. Grantmakers for Effective Organizations' recent survey of foundations—“Is Grantmaking Getting Smarter?”—has documented both progress and where there is room for improvement. This and other research indicates that the scope of philanthropy will probably increase over the next decade as a major intergenerational transfer of wealth ensues and the number of high-net-worth donors grows. A study by the nonprofit consulting practice 21/64 and the Johnson Center for Philanthropy revealed that younger donors are much more committed to nonprofit performance measurement and social impact than the previous generation. They want to employ vehicles other than private foundations—especially donor-advised funds, direct major gifts, and impact investing—to make the world a better place. Additionally, they are giving earlier in their lives, as they are still building their wealth.

Supporters of socially impactful philanthropy could step up their efforts to interact with, listen to, and learn from the extensive network of other funders they seek to influence. This interactive approach requires liaising with more living donors; next-generation family foundation trustees; and the growing set of trust and estate lawyers, financial and philanthropic advisors, and family offices who guide them. Supporters may also choose to broaden their scope to build coalitions with groups and networks in correlated fields. Several organizations could serve as touchstones, including:

Effective philanthropy supporters should share techniques with other grantmakers about how to be more effective through germane stories and pragmatic advice, but they should also ask what they could learn from each other. Important questions to pose include:

Philanthropy must aspire to be wise, not only smart. As I have noted previously, the best work in philanthropy usually requires a nuanced balance of the technocratic and humanistic, meaning that it must tap multiple forms of intelligence. The way forward requires that we creatively mine the dynamic tensions between objectivity and passion, leadership and responsiveness, and discipline and agility. By embracing this "both-and"—rather than "either-or"—thinking and a more-inclusive outreach approach, effective philanthropy advocates may attract more funders to follow their practices, release untapped potential, and amplify social impact.

For so many New Yorkers, economic hardship is an ever-present reality. more »
END_OF_DOCUMENT_TOKEN_TO_BE_REPLACED