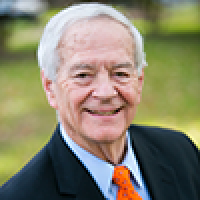 The Harry and Jeanette Weinberg Foundation, one of the largest private foundations in the United States, today announced that Barry I. Schloss has been named the new Chair of the Board. He will also continue in his role as Treasurer/CFO.
Schloss, one of the Weinberg Foundation's five trustees, succeeds Ellen M. Heller, who concluded her term as chair on February 29, 2015, and who will also conclude her role as a trustee on May 16, 2016.
"It is my privilege to serve the Weinberg Foundation in this new capacity," said Barry Schloss, incoming Chair of the Board. "Since my election to the board of trustees in 2005, I have had the pleasure of seeing this organization grow and improve in a number of ways. Today, the Weinberg Foundation is more visible, professional, and engaged with the community. Most importantly, as evidenced by the recent announcement of the new grants area serving veterans and their families, the Foundation is constantly striving to better serve low-income and vulnerable individuals and families."
Rachel Garbow Monroe, Weinberg Foundation President and CEO, commented, "We congratulate Barry as he begins what I know will be another three years of exceptional leadership. The board was unanimous in its support for Barry in this role. I also wish to personally acknowledge and thank Ellen Heller for her significant contributions as Board Chair as well as Donn Weinberg, who served as the first Chair of the Board from 2010 to 2013."
Barry Schloss brings nearly four decades of auditing and accounting experience to his service on the Foundation's board of trustees. For the 22 years before joining the Weinberg Foundation in 2005, Schloss was Director of Accounting and Auditing Services for Gorfine, Schiller & Gardyn, P.A., a CPA firm located in Owings Mills, Maryland. Schloss is a member of the board of The Associated: Jewish Community Federation of Baltimore and the LEADERship (a program of the Greater Baltimore Committee) where he also serves as treasurer. He is an active member of Baltimore Hebrew Congregation where he previously served as president of the organization. Schloss is a graduate of Franklin & Marshall College and is the proud grandfather of four.
The Weinberg Foundation's leadership structure is dictated by its charter, which was authored by Harry Weinberg before his death in 1990. The board of trustees of the Weinberg Foundation currently includes Donn Weinberg, Ellen M. Heller, Robert T. Kelly, Jr., Alvin Awaya, and Chair Barry I. Schloss. Rachel Garbow Monroe serves as the President and CEO. In November, Ambassador Fay Hartog-Levin was unanimously selected by the Foundation's board to succeed Ellen Heller. Ambassador Levin will officially begin her term as trustee on May 16, 2016.
Read @ PR Newswire