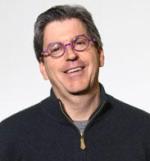 Morse comes to Atlantic with a wealth of rich and substantive strategic communications experience in philanthropy, including roles as Chief Communications Officer for the Pew Charitable Trusts and Vice President for Communications at the Robert Wood Johnson Foundation. Most recently, he was Senior Fellow and Interim Vice President of Encore.org, a San Francisco-based nonprofit building a movement to promote encore careers for the greater good. Encore.org is a grantee of Atlantic.

“David is known throughout philanthropy, public policy and nonprofit communities for his creativity, intellect and his candor,” said Christopher G. Oechsli, President and CEO of The Atlantic Philanthropies. “Steeped in Atlantic’s key issue and program areas, David brings both top-rate management skills and the vision necessary to help Atlantic support our grantees and shape our legacy.”

In his role, Morse will oversee Atlantic’s Communications team and support the work of Atlantic’s program areas — Ageing, Children & Youth, Population Health, Reconciliation & Human Rights and the Founding Chairman grants. A limited life foundation established by founder Charles F. Feeney, Atlantic will have distributed over $7.5 billion by the time it concludes its grantmaking. Morse will be a member of Atlantic’s senior leadership team and will develop and execute the foundation’s final stage communications strategy, synthesize Atlantic’s work across the globe, identify key lessons and build sustained support for Atlantic’s priorities beyond 2016.

“This is a remarkable opportunity at one of the most unique organizations in the history of philanthropy,” said Morse. “No foundation has yet tried to accomplish what Atlantic expects to do in its few remaining years, so I view this work as extraordinarily intriguing and a once-in-a-lifetime opportunity to help create an active, sustained legacy for this transformative foundation and its founder Chuck Feeney.”

Earlier in his career, Morse was a “shoe-leather” epidemiologist for the New York State Department of Health; professional staff member for the U.S. Senate Committee on Labor and Human Resources; Director of the President’s Task Force on the Arts and Humanities; and Associate Vice President for Policy Planning, Director of Federal Relations and Instructor in Higher Education and Public Policy at the University of Pennsylvania.

Morse earned a B.A. with honors from Hamilton College and a Master’s in International Relations from the Johns Hopkins University.  He serves on several boards of nonprofit organizations and teaches a course on public policy, advocacy and strategic