ASPCA Board of Directors Names Matthew Bershadker President and CEO 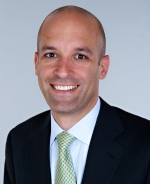 The ASPCA (American Society for the Prevention of Cruelty to Animals) has announced that it has named Matthew E. Bershadker President and CEO. Bershadker is a 12-year veteran of the ASPCA, serving most recently as Senior Vice President of the Anti-Cruelty Group (ACG). Bershadker will assume the position June 1, succeeding Edwin Sayres, President and CEO since 2003.

Under Bershadker’s leadership, the ASPCA has risen to new heights in its response to cruelty and natural disasters. The Anti-Cruelty Group evolved from a fledgling team of responders to a robust, national program that confronts animal cruelty and suffering on all levels across the country. Bershadker helped form the Field Investigations & Response team to provide skilled support to state and federal agencies during large-scale puppy mill busts, dog fighting raids, animal hoarding cases and other instances of animal cruelty as well as natural disasters such as the Joplin, Mo. tornado and Superstorm Sandy. The team has investigated hundreds of cases around the country. Last year, the ASPCA played a leadership role in the removal of 50 dogs from a Bronx dog fighting ring. Most recently, the ASPCA assisted federal and state authorities in the removal of nearly 100 dogs from a multi-state dog fighting ring.

Prior to leading the Anti-Cruelty Group, Bershadker served as Vice President of the ASPCA’s Development department, where he was responsible for creating fundraising strategy and implementing tactics for major gifts, planned giving, special events, capital campaign, and corporate and foundation grants.

Chair of the Board Tim F. Wray stated, “Matt is far and away the most outstanding choice to be the next leader of the ASPCA. His extensive experience, energy and unwavering commitment to animal welfare, coupled with his strong understanding of business management and the nonprofit world, make him the ideal leader for the organization as we pursue our mission. I, along with the rest of the Board, look forward to working with him in his new role. We thank Ed Sayres for all he has contributed to this organization and the welfare of animals. Ed grew the ASPCA by leaps and bounds and changed the fate of countless homeless animals. We wish him the very best.”

“I am thrilled to serve the ASPCA, its members and the many communities around the country where we play a vital role,” stated Bershadker. “We have made significant strides on behalf of animals around the country, but there is much more to do. I look forward to working with the executive leadership team and our staff to continue to pursue our mission and develop successful initiatives and programs to take animal welfare to the next level.”

Bershadker has been instrumental in the creation of the ASPCA Behavioral Rehabilitation Center at St. Hubert's Animal Welfare Center in Madison, N.J., the first-ever facility dedicated strictly to providing behavioral rehabilitation to canine victims of cruelty, such as those confiscated from puppy mills and hoarding cases.

During Bershadker’s tenure, the ASPCA also launched the Cruelty Intervention Advocacy program, a ground-breaking new initiative to help protect companion animals that are in danger of potential abuse or neglect, helping hundreds of New York City’s animals in jeopardy of becoming cruelty victims.

Before joining the ASPCA, Bershadker worked for ICF Consulting and Share Our Strength (SOS). He received his M.B.A. from Johns Hopkins University Carey Business School and his Bachelor’s degree in Communications from Ohio University. Bershadker serves on the board of the Gruber Family Foundation and the Global Federation of Animal Sanctuaries.

The Foundation for Child Development Announces a New Manager of Finance and Administration and Three New Appointments to Its Board of Directors
The new Board members will work towards advancing the mission of the Foundation. Read @ The Foundation for Child Development
William T. Grant Foundation Welcomes Two New Staff Members
The Foundation is pleased to welcome two new staff members to our team: Dwayne Linville, Director, Grantmaking Operations, and Melissa Wooten,... Read @ The William T. Grant Foundation
Newman's Own Foundation Names Dr. Rafael Pérez-Escamilla to Board of Directors
Newman's Own Foundation has announced the election of global public health expert Rafael Pérez-Escamilla, PhD, to its board of directors. Read @ PR Newswire
Open Society Names Yamide Dagnet as Director for Climate Justice
The Open Society Foundations announced today that Yamide Dagnet will take on the newly created role of director for Climate Justice. Read @ Open Society Foundations
Carnegie Corporation of New York Appoints Louise Richardson as President
Renowned academic leader and distinguished expert on terrorism will lead philanthropic foundation founded by Andrew Carnegie Read @ Carnegie Corporation of New York
END_OF_DOCUMENT_TOKEN_TO_BE_REPLACED