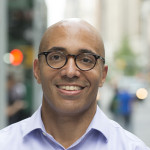 The Arcus Foundation announced today the appointment of Annette Lanjouw, previously Vice President, Great Apes Program and Strategic Initiatives, and Jason McGill, previously Vice President of Social Justice Program, as Co-Executive Directors of the foundation. Lanjouw and McGill will retain responsibility for the Great Apes and Social Justice programs as they assume executive leadership of Arcus following the departure of Kevin Jennings, who had led the foundation as Executive Director making significant contributions since 2012.

Arcus Founder and President Jon Stryker said, "Kevin focused on building a strong team, and we are fortunate to have had his amazing leadership at the foundation. Annette and Jason bring an impressive combination of strength and experience to the role they will share. We, the board of directors, are grateful for the breadth and depth of talent at the foundation that makes possible what promises to be a swift and seamless transition."

"I have loved working with Jon and leading this chapter of Arcus' still-growing history. I look forward to watching the great work of the institution evolve and grow over time," Kevin Jennings said. "I have truly enjoyed my work at Arcus, but--given recent world events--it is time for me to return to frontline activism."

Lanjouw is a 10-year veteran at Arcus and is a highly regarded expert in conservation strategy, implementation, and research. Prior to joining Arcus, she was International Program Officer for the Howard G. Buffett Foundation. Earlier in her career she served for 15 years as Director of the International Gorilla Conservation Programme. She also served as Scientific Advisor to world-renowned wildlife filmmaker Alan Root, as Central Africa Program Officer for the Wildlife Conservation Society, and as Project Manager and Field Director for the Frankfurt Zoological Society's Chimpanzee Conservation Project in eastern Democratic Republic of the Congo. A native of the Netherlands, Lanjouw earned a BSc in zoology and psychology from Victoria University in New Zealand, and a doctorandus degree in behavioral ecology from the Rijks Universiteit in the Netherlands. She is Scientific Advisor to the Trust for African Rock Art, and a member of the Species Survival Commission Primate Specialist Group, the Trans-boundary Conservation Specialist Group, and the World Commission on Protected Areas.

McGill has led the foundation's LGBT-focused Social Justice Program since 2013. Before joining Arcus, he worked for nine years at Philanthropy New York, the primary membership association for New York's philanthropic sector. As Vice President of Member Services there, he conceived and implemented numerous platforms for philanthropic collaboration, learning, and collective action among the organization's member foundations. McGill contributed key leadership in advancing Philanthropy New York's role as a point of critical exchange between philanthropic and policymaking leaders. Earlier in his career, he served as the first Director of Alumni and Philanthropic Programs at Sponsors for Educational Opportunity, where he built a robust international network of young professionals of color committed to giving back to their communities of origin. McGill completed his PhD in African American and Early U.S. History at the University of Michigan, and his AB (Sociology) and BS (Urban Studies) degrees at Cornell University. He has taught at Swarthmore College, the University of Michigan, and Rutgers University.

About the Arcus Foundation

Founded in 2000 by Jon Stryker, the Arcus Foundation is dedicated to the idea that people can live in harmony with one another and the natural world. Arcus' work is based on the belief that respect for diversity among peoples and in nature is essential to a positive future for our planet and all of its inhabitants. The foundation works globally and has offices in New York City and Cambridge, U.K. To learn more, visit: www.arcusfoundation.org.