American Liver Foundation Elects Nicholas DeRoma as Chairman to its Board

American Liver Foundation Elects Nicholas DeRoma as Chairman to its Board 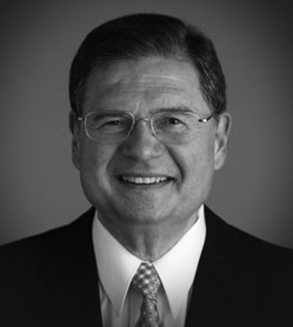 The American Liver Foundation (ALF) announced today the appointment of Nicholas DeRoma as the new chairman of the ALF’s National Board of Directors.

“After nearly five years as the chairman of ALF’s Board, I could not be more proud to pass the baton to Nick,” said Thomas F. Nealon III, chief executive officer of the American Liver Foundation. “He has immersed himself in every aspect of our organization, and brings tremendous passion and commitment to the ALF and its mission.”

DeRoma has served on the National Board of Directors for the ALF for ten years, and is also a member of the Executive Committee and the co-chair of the Audit Committee.

"I am very honored to serve as the new chairman of the National Board of Directors,” said Nicholas DeRoma. “I look forward to continuing our commitment to supporting and offering hope to millions of people affected by liver disease.”

Nicholas DeRoma is a graduate of William & Mary Law School, and received his bachelor’s degree in finance, from the University of Connecticut. In addition, he was awarded an Executive MBA from the Harvard Business School at Harvard University.

About the American Liver Foundation

Founded in 1976, the American Liver Foundation (ALF) is the nation’s largest patient advocacy organization for people with liver disease. ALF reaches more than 2 million individuals each year with health information, education and support services via its national office,16 U.S. divisions and an active online presence. Recognized as a trusted voice for liver disease patients, ALF also operates a national toll-free helpline (800-GO-LIVER), educates patients, policymakers and the public, and provides grants to early-career researchers to help find a cure for all liver diseases. ALF is celebrating more than 40 years of turning patients into survivors. For more information about ALF, please visit www.liverfoundation.org.