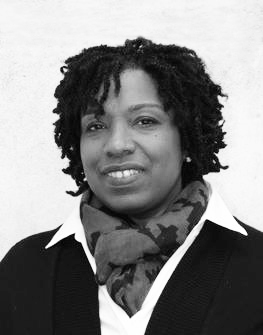 Ms. Velazquez’s core responsibilities include oversight of the Strengthening Communities area—which includes economic self-sufficiency, affordable housing, and parks and open space—and a number of investments that link youth development and the arts.  She also advances critical capacity building and systems change grants across multiple program areas and provides leadership in donor collaborative funds, including the NYC Workforce Development Fund; the Change Capital Fund; the New York Merger, Acquisition, and Collaborative Fund; and the New York Pooled PRI (program-related investment) Fund.  In her cross-cutting role as Senior Program Officer and now Associate Director, she also helps to facilitate the efforts of other program staff working in areas of the Arts, Education, and Health, and fosters the development of internal systems that improve the experience of Altman grantees and staff.  Executive Director Karen Rosa noted, “Deborah Velazquez is a strong leader whose calm and steady style is undergirded by a brilliant and dynamic mind that is also creative, warm, and completely committed to the issues at the heart of the Foundation.  We celebrate this well-deserved promotion.”

Prior to joining Altman, Ms. Velazquez served as a philanthropic consultant and held management roles within the Edna McConnell Clark Foundation, MDRC, and Bridge Street Development Corporation. She holds a Bachelor of Science in Business Administration from the State University of New York at New Paltz and a Master of Public Policy from the Kennedy School of Government at Harvard University.

The Altman Foundation, created in 1913 under the will of Benjamin Altman, founder of the B. Altman & Co. department stores, is a private, independent foundation focusing on the five boroughs of New York City.  Altman grants, which total approximately $11 million each year, primarily support projects addressing issues of access and opportunity for underserved New Yorkers (www.altmanfoundation.org).