Since 2010, Brenner has served as the Director of Administration for the Robertson, Tiger, and Aotearoa Foundations, where she is responsible for overseeing the financial and administrative functions of a trio of charitable foundations with a combined annual giving of $120 million. From 2002-2010 she was first Chief Operating Officer and then President of the New York City – Southern New York Chapter of the National Multiple Sclerosis Society. Prior to that, Brenner was the Vice President of Finance and Administration at Teach for America. She also serves on the Membership Committee of Philanthropy New York and is the Co-Treasurer of the Parent Teacher Association for PS116. Brenner received her B.A. in Economics from Northwestern University and holds an M.B.A. from the University of Chicago.

“Ruth has spent her career in the service of the public, helping mission-driven organizations use their resources to effectively advance the common good,” said Adam F. Falk, President of the Alfred P. Sloan Foundation. “We are thrilled that she is bringing her experience, leadership, and deep commitment to philanthropy to Sloan in furtherance of our mission to make the world a better place through advancing the frontiers of scientific knowledge.”

“I am both excited and honored to have the opportunity to work for the Sloan Foundation,” said Brenner. “I look forward to joining my new colleagues in continuing Sloan’s decades-long tradition of impactful, influential grantmaking in the service of science and technology.”

Brenner is succeeding Leisle Lin, who has served as the Foundation’s Senior Vice President, Finance and Operations since 2010 and who is retiring at the end of June.

“Leisle guided the Foundation in the aftermath of the Great Recession, spearheaded our relocation to a new, modern office space, and provided essential leadership that enabled Sloan to continue its work despite unprecedented disruptions caused by the Covid-19 pandemic,” said President Falk. “Her contributions to Sloan have been extensive and extraordinary, and she will be deeply missed.”

“I am very proud of what my colleagues and I have been able to accomplish during my decade at Sloan,” said Lin. “It is an honor to close the final chapter of my career surrounded by so many smart, talented people working so hard to accomplish something so worthy.” 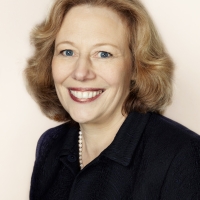