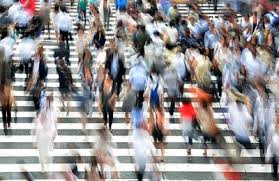 The Philanthropy New York 2020 Census Funders Group is an ad hoc group of regional philanthropic leaders working in partnership with national and local nonprofit, government and business leaders – as well as our upstate sister organization New York Funders Alliance and its members. There are about two dozen foundations already associated with this group, but its meetings are open to all who are interested in learning about progress toward a full and fair 2020 Census count.  A subset of this group has formed the New York State Grantmakers for Census Equity, a collaborative fund.

The United Philanthropy Forum, which has initiated a national project to encourage philanthropy serving organizations (PSOs) like Philanthropy New York to work in their local communities to ensure a full and fair 2020 Census count, has outlined the imperative:

There is a growing recognition among New York funders that Census 2020 is an immensely important opportunity – and potential crisis – for full inclusion, representation and resource allocation for vulnerable communities all across the New York region.

It is no coincidence that the communities that are hardest to reach in the decennial census count are also those that are under-resourced and under-represented in federal, state and local government. Systematic undercounting of hard-to-reach communities in the census could get a whole lot worse after the 2020 Census if we don’t take action in the years leading up to the count.

We invite any funder, regardless of you set program areas, to come and hear what’s going on. The 2020 Census Funders Work Group will have three phases of work:

If you think your organization’s grantees and the communities they serve will be affected by the outcome of the 2020 Census, we hope you will join us to learn and think about how to direct the limited resources we have.  If our communities are not counted, our communities will not count.

In addition to its work supporting members organizing local work on Census 2020, Philanthropy New York has adopted an official statement on protecting the census that urges Congress and the Trump Administration to devote sufficient resources to the census for the coming years that would put planning and preparations back on track and also opposes the inclusion of untested, unnecessary questions that would decrease participation and increase the inaccuracy of the count.

Why New Yorkers should be proud of the 2020 Census Results
May 6, 2021
What Funders Need to Know About the Next Big Democracy Challenge
December 6, 2019

In 2017, a small group of funders came together to create a learning community about the upcoming 2020 census, and to consider ways in which philanthropy could play a role in ensuring a fair and accurate census count.That group became PNY's

This is currently an ad hoc group welcoming additional leaders.

The central organizers have been: