A Terrible Time for De Blasio to Cut Library Funding

A Terrible Time for De Blasio to Cut Library Funding
By Julie Sandorf, President, Charles H. Revson Foundation. This article was originally published on May 9th, 2019 by Crains New York.

The census has always been the bedrock of our democracy. However, unlike any time in this country’s history, this bedrock is at risk.

The odds are stacked against a successful census. It’s going to be largely online for the first time ever, it’s been severely underfunded, and in an effort to intimidate immigrants, the federal government has added a citizenship question for the first time in more than 50 years.

In the 2010 census, New York’s participation rate was more than 10% lower than the national average. Given the political climate and the inhumane rhetoric around immigration, we have every reason to expect the discrepancy will be even worse next year.

New York cannot afford an undercount, which would mean losing vital funding for Medicaid, food stamps, Section 8 housing and other critical services, and potentially one or two congressional seats. It is absolutely critical for us to think creatively and work collaboratively to improve our response rates, even in the face of politically driven headwinds.

One key answer lies in another bedrock of our democracy: public libraries.

Our libraries serve everybody—regardless of where they’re from. Every day our librarians help everyone from families of the incarcerated and older adults to the homeless and young children. Walk into any branch and you’ll see something completely remarkable in today’s age: people from all backgrounds interacting, learning, and growing together. What’s the result? Discussion. Collaboration. Empathy. And trust.

New Yorkers of all stripes trust in our libraries—a foundational element of civic life—and we can partner with libraries across the city to serve as centers of information and knowledge about the census, giving people access to the technology needed to participate. Librarians can answer questions about the census and provide patrons with computers to complete their forms online—an absolute necessity for the over 3 million New Yorkers without reliable internet access at home.

There is, as almost always, a catch. New York’s public libraries are facing an $11 million cut in Mayor Bill de Blasio's budget proposal, including a $3 million reduction in baseline funding and the non-renewal of $8 million in City Council funding. The cuts come just as we need to be strengthening libraries' fiscal backbone. Instead of reducing hours, we should be increasing them to include nights and weekends to accommodate working people who might otherwise be unable to seek their assistance.

The mayor has, to his credit, allocated $26 million to encourage census participation. But none of it is slated for libraries. In addition to restoring the budget cuts, de Blasio and the council should devote a portion of the census funding to the libraries—the hubs of civic communication within our communities.

Public libraries will literally shape the future of this nation, but only if we make them a priority.

Leaders in Nonprofit Innovation Show How Power Dynamics in Philanthropy Are Shifting
If you want to know where philanthropy is headed, look to the social innovators taking on tough issues in unexpected ways and get to know what makes... Read @ The Chronicle of Philanthropy
Building Trust and Following the Field 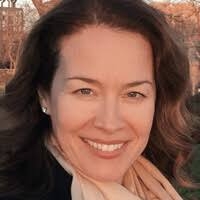 One of the primary ways the staff at the Jacob & Valeria Langeloth Foundation would describe ourselves and how we work is that we “follow the... Read @ The Center for Effective Philanthropy
The Will and The Way: Philanthropy's Grantmaking Defaults Must Change 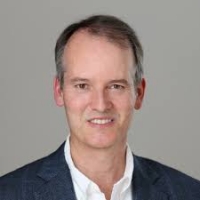 The recent report on ending the “Starvation Cycle” confirms that the vast majority of funding is project-based, that this type of funding rarely... more »
What's the Secret to Responsive Grantmaking? 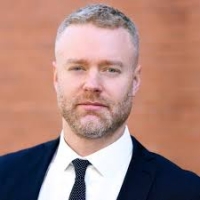 At the risk of sounding so uncool, it’s always been a guilty pleasure of mine to log onto Guidestar and read through 990s—the federal tax form that... more »
Beyond the Bubble
This past December, a group of 25+ grantmakers convened in a room, charged with exploring connections between their funding areas. People who... more »
END_OF_DOCUMENT_TOKEN_TO_BE_REPLACED