For Women, the World Remains an Extremely Dangerous Place 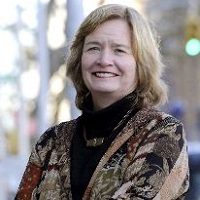 by Kelly Askin, Senior Legal Officer, Open Society Justice Initiative
This post originally appeared in Open Society Voices.
The failure worldwide to prevent and punish sexual violence is more than dire—it is downright shameful. The so-called Islamic State (“so-called” because they do not reflect core Islamic values and are assuredly not a state) viciously slaughters, rapes, enslaves, and forces into “marriage” tens of thousands of women and girls in Iraq and Syria. The Boko Haram terrorist group kidnaps hundreds of school girls in Nigeria. Rape and sexual slavery is epidemic in the Central African Republic. Armed groups in Democratic Republic of Congo (DRC) continue to commit mass rape with impunity. From France to China, India to Kenya, Bosnia to the United Kingdom, Colombia to Burma, Sudan to Russia—to be more specific, in every nation on earth—sexual violence within and outside of conflict occurs far more commonly than is reported.
In the United States and Europe, rape on college campuses and throughout Western cities is commonplace. Millions of women and girls are trafficked for forced labor, sex, or exploitation. Men and boys are also victims of sexual assault, although women and girls are disproportionately affected, in part because of their reproductive capacity. Successful prosecution of any of these crimes is low, whether committed in the Global North, South, East, or West.
In the 20 years that I’ve been working on efforts to prosecute sexual violence at the international level, enormous strides have been made in recognizing various forms of such violence as crimes of war, instruments of genocide, and crimes against humanity. Atrocity tribunals have punished individuals for rape, enslavement, sexual slavery, forced marriage, torture, persecution, and other crimes of conflict-related sexual violence.
Indeed, the International Criminal Tribunals for the former Yugoslavia and Rwanda, and the Special Court for Sierra Leone have greatly advanced gender jurisprudence, and have had women in leadership positions within these tribunals. Mobile courts in the DRC have adjudicated hundreds of rape cases. The Extraordinary Chambers in the Courts of Cambodia only recently brought charges for decades-old rape offenses committed by the Khmer Rouge.
Hundreds of millions of sexual atrocities go unreported, uninvestigated, unprosecuted, or unpunished. Yet disappointingly, in its 13-year history, the International Criminal Court (ICC) has failed to convict a single person of rape crimes, despite massive numbers of sex crimes committed in countries within the ICC’s jurisdiction. The ICC has, however, adopted a detailed policy paper prioritizing sexual and gender-based crimes.
In assessing the current state of the world’s women for International Women’s Day (March 8), it is clear that we have made grossly insufficient progress in addressing one of the most pervasive and insidious forms of violence. It is incumbent upon governments, citizens, armies, police, families, medical centers, neighbors, educators, and organizations, among others, to redouble efforts to establish accountability for the sexual violence directed against half the world’s population. The United Nations, countries, and donors must invest far more resources and energy into tackling this odious scourge. International and domestic laws intended to protect civilians against sexual assault must be enforced and governments held accountable for their failures to protect, investigate, and prosecute violence committed against their citizens or on their territory, including by state agents. The ICC and other international tribunals must ensure that gender-related crimes are effectively adjudicated and the ICC prosecutor’s policy paper on sexual and gender-based crimes rigorously implemented.
To be sure, countless efforts are afoot to undermine the notable gains women have made over the last few centuries, and the unprecedented advances in international law made during the past two decades. It is widely recognized that rape and other forms of sexual violence are intentionally used as tools of warfare precisely because of their effectiveness in terrorizing, harming, and even destroying groups far beyond the individual victims. Until that dynamic is reversed, in part by punishing and stigmatizing the perpetrators and others responsible for sexual atrocities, the legal advances will not be realized in practice.
It is deeply troubling that a broad range of sexual violence continues to flourish in the year 2015, and it is equally problematic that these crimes have a low probability of receiving any form of accountability. If we are to have any hope of improvement for future generations, we must invest significantly more into efforts to prevent and punish these crimes, and make addressing them a priority. It will not be easy in the face of wars, terrorism, religious extremism, propaganda, archaic attitudes, and indifference. But we must persevere, for the sake of humanity.

Have you heard of the “nonprofit starvation cycle"? more »
END_OF_DOCUMENT_TOKEN_TO_BE_REPLACED