Home » News » Will The City’s Cultural Plan Walk The Talk Of Equity?

Will The City’s Cultural Plan Walk The Talk Of Equity? 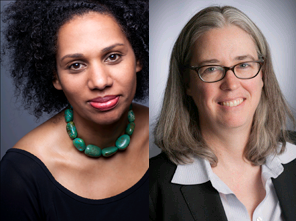 This Insights piece originally appeared on The Huffington Post, and is reposted with permission.

In May 2015, New York City decided to create its first cultural plan to direct the City’s policies on arts and culture, from generating affordable live/work spaces for artists to determining where arts education dollars are spent. Soon thereafter, the field buzzed about ways to change the City’s outdated funding model to rebalance its investment in arts and culture.

When the planning process began last fall, initial conversations were about dedicating more City money to the arts, so that everyone—large performing arts centers, community museums, neighborhood culturally explicit arts groups, individual artists, and public school children—would benefit. But the 2016 presidential election changed things. With the federal administration expected to make cuts to programs New Yorkers care about—affordable housing, healthcare, and climate resilience, for example—we should expect significant cuts to both the State and City’s budgets. This does not bode well for an expansion of the City’s investments in cultural affairs or arts education. The Department of Cultural Affairs’ piece of the pie is likely to shrink, not get bigger.

The City has set many impressive goals for itself in the draft policy proposals for the Cultural Plan that were released on Monday. The planning team is asking City residents to vote on the final goals of the Cultural Plan, which will be released this July. After reading these proposed goals, we ask, how will the Cultural Plan fulfill Mayor de Blasio’s pledge to make New York a more equitable city?

Talking about equity and acting on it are two different things. How will the City ensure that more resources flow directly into and sustain the leadership of historically marginalized communities? How will the plan make sure that funds earmarked for diversity, equity, and inclusion are not simply co-opted by mainstream groups at the exclusion of smaller, culturally explicit agencies that have been historically undercapitalized? How will it ensure that investments in diversifying talent pipelines benefit everyone, not just large, mainstream organizations? Overall, how can the Cultural Plan promote a truly equitable sector?

Further, how will the City hold itself accountable? What policies will change, and what measures will be used to enact an equitable distribution of City funding that ensures smaller, grassroots groups benefit? How will the City change its funding formula to put its stated commitment to equity into action? As City Council Majority Leader Jimmy Van Bramer – also chair of the City’s Cultural Affairs Committee – said in a recent interviewwith the New York Times, “…budgets are statements of values, budgets are about priorities.”

As funders committed to helping our City’s arts and cultural groups thrive, we want to advance a system that allows culture to flourish and ensures equal access for all New Yorkers, no matter where they live. We welcome creative thinking about ways to achieve cultural equity in our communities, and we encourage all New Yorkers to register their voices and demand equity in the Cultural Plan by reviewing the draft proposals and voting in the poll here.

The Pinkerton Foundation is on a journey to advance racial equity in the communities we care about through work done by the organizations we support... more »
END_OF_DOCUMENT_TOKEN_TO_BE_REPLACED