The SDGs constitute the broadest, most ambitious development agenda ever agreed to at the global level for getting the world off of its self-destructive, unsustainable path. The 17 goals reflect the interconnectedness of social, economic and environmental challenges and solutions. They also tackle inequality, governance and corruption. The SDGs require governments and civil society to recognize and reflect on the extent to which conflict and humanitarian disasters undermine sustainable development.

It is important to note that the norms, values and principles Americans cherish – among them personal freedoms, rule of law, equal opportunity and accountable institutions – are all reflected in the SDGs. This is due, in no small part, to the participation and pressure from civil society in shaping the goals.

The Road to Global Goals

How did we finally get to this point? Up until the last decade of the 20th century, competing paradigms froze the so-called international community’s ability to create a common agenda. When that impasse finally thawed, more efficient economies, more effective governance, greater social justice and a sustainable environment were widely recognized as indispensable and interdependent aspects of a prosperous and sustainable future.

Although we can look back over the span of history to identify agreements or declarations – like the 1948 Declaration on Human Rights – which have helped forge the way, it can be argued that the agenda for collective action really began to take shape at the United Nations Conference on Environment and Development in 1992 – more commonly known as the Earth Summit.

Global conferences over the ensuing two decades led to a further articulation of norms, values and principles to which the international community could subscribe. At the dawn of the new millennium, the Millennium Development Goals, or MDGs, were created. MDGs promoted the concept of human rather than simply economic development as a more holistic definition of development.

Fifteen years later, the MDGs have given rise to a second generation of human development goals: the SDGs. This ambitious new agenda was arrived at through a much improved participatory process. Though ambitious, it is an agenda that can serve as an aspirational framework to guide cooperation among government, business, civil society and philanthropy.

The evolution of events that have led us to this point is a mystery to many in the U.S. philanthropy “silo." Philanthropy is not entirely to blame for this reality. Equally “siloed” multilateral organizations have not been effective in communicating the extraordinary agenda-building accomplishments that have occurred over the last 25 years.

The information revolution, along with belated recognition that none of these problems can be solved without collaboration among all sectors, has created an enabling environment for collaboration. “Silo busters” have crossed over into the all-too-often bordered worlds of academia, the UN, philanthropy, government and the private sector. Those who have worked in different sectors have disrupted insular thinking within those sectors by identifying opportunities that can only be realized through collaboration among sectors.

What Can Philanthropy Do?

Many in philanthropy are beginning to recognize this unprecedented opportunity to leverage their resources. Philanthropic institutions have a critical role to play in contributing to the SDGs. They can offer complementary approaches and new pools of funding, accompanied by innovative technical expertise. We have the freedom to take greater risks, incubate new projects and foster linkages with civil society and local communities through our grantmaking and convening power.

Philanthropy has already done a lot to advance sustainable human development. Through its SDGfunders.org website, the Foundation Center has tracked philanthropy’s often unwitting contribution to the significant progress achieved in the implementation of the MDGs.1 The lesson learned from that contribution, however, was that the impact generated could have been much greater had the contribution been part of a more conscious collaborative.

In addition to fostering collaboration, philanthropy can help SDG efforts through advocacy, facilitating implementation, helping to identify ways to measure success and training the next generation of leaders capable of promoting evidence-based solutions that address the human development, health and economic and environmental needs at the core of the SDGs.

The Hilton Foundation has invested nearly $10 million in grants over the past three years to promote collaboration advancing the SDGs. Our first investment was in the Post-2015 Partnership Platform, now known as the SDG Philanthropy Platform. This is a multi-year initiative led by the United Nations Development Programme (UNDP), the Foundation Center and Rockefeller Philanthropy Advisors (RPA), with funding support also from the MasterCard Foundation, Ford Foundation and others to draw awareness to and advocate for philanthropic engagement with the SDGs.

This investment in advocacy and awareness was closely followed by our investment – with the same partners – in demonstrating how the platform could also facilitate implementation of the SDGs in Kenya, Ghana, Zambia, Indonesia and Columbia.

The prospects for the success of these stakeholder platforms has been enhanced by the existence of information technologies that will facilitate collaboration and generate information and data, that, in turn, will greatly enhance transparency and accountability. All of these factors have led us to an unprecedented opportunity for improved development cooperation.

The SDGs and the United States

There is a misperception that the SDGs apply only to the so-called developing world. While the MDGs had that focus, the SDGs are universal. Most of the problems the world faces – inequality, migration, climate change, pandemic diseases and terrorism – know no borders. We need universal solutions to universal problems as well as tailored solutions to local challenges particular to each country and community.

Perceived American “exceptionalism” is no excuse for denying the applicability of the SDGs to the United States. It is an illusion to think that because the U.S. has the largest economy in the world, we must also have the highest level of human development. That may seem logical, but is embarrassingly false. In fact, the U.S. scores near the bottom when compared to other advanced economies on too many human-development indicators.

In addition to our internationally focused efforts, we recognize a similar role for philanthropy in promoting awareness, advocacy and implementation support for the universal SDGs in the U.S. The Council on Foundations has led a SDG’s U.S. “Cities Tour” in Little Rock, San Francisco and New York City to draw awareness to the goals and demonstrate how they offer opportunities for collaboration to address challenges we face here at home.

New York City has embraced the opportunity to establish connections between the global SDGs and the goals that form “One New York: The Plan for a Strong and Just City.” So have the cities of San Jose and Baltimore. In Los Angeles, the association of Southern California Grantmakers is exploring ways the SDGs could help inform and leverage philanthropic activities in Los Angeles County. These local efforts have been complemented by our foundation’s support and the support of several other California-based foundations for the Measure of America project, which plans to track SDG progress at the national, state and county levels.

The U.N. is in the process of identifying more than 200 indicators to help measure success in achieving the 17 goals and their 169 targets. The Hilton Foundation recently supported an index summit at UCLA’s Luskin School of Public Affairs. It brought together thought leaders from the World Bank, UNDP, the Measure of America, the Center for Global Development and the Social Progress Imperative to discuss how the indices they produce could be better aligned to track SDG progress. The report on that meeting is posted on our website with the hope that it contributes to greater alignment among indices on how SDG progress is measured.

Most recently, the Hilton Foundation awarded a $5.44 million grant to UCLA’s World Policy Analysis Center, which invests in the next generation of leaders to advance the achievement of the SDGs. We did this because we learned that despite the growing commitment to the SDGs, critical knowledge and practice on how to achieve many of the ambitious goals is lacking.

All these investments – both financial and nonfinancial – would benefit from additional support. In the words of our new president, Peter Laugharn, the Hilton Foundation is “all in” when it comes to doing its part to advance the achievement of the SDGs. We call on others in philanthropy to join us.

We are at a moment in history when we need all hands on deck. By now, it should be evident that global problems are also local problems – be it inequality, terrorism, migration, disease or climate change. We need to collaborate on all levels and in an integrated fashion.

The SDGs are a promise made by 193 countries. They offer a powerful framework to hold all stakeholders accountable in fulfilling that promise. Philanthropy needs to seize this unprecedented opportunity to play its part in helping accomplish the SDGs. We need to “Think Big, Dream Big and Act Big.”

More information about how philanthropy can collaborate around the SDGs can be found on the Foundation Center’s website2 and at SDGfunders.org.

Ed Cain is vice president of programs at the Conrad N. Hilton Foundation. 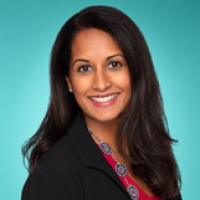 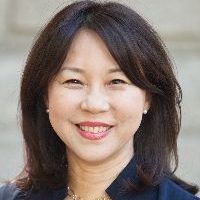 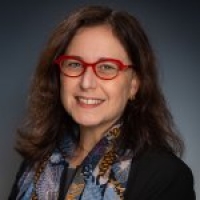 What if we didn’t have access to Zoom? Or to the internet at all? more »
What It Takes: Supporting New BIPOC Executives