Why Cultural Critics of Color Matter

Why Cultural Critics of Color Matter

By Elizabeth Mendez Berry, Director, Voice, Creativity and Culture, The Nathan Cummings Foundations. This article was originally published by HYPERALLERGIC on May 3, 2018. 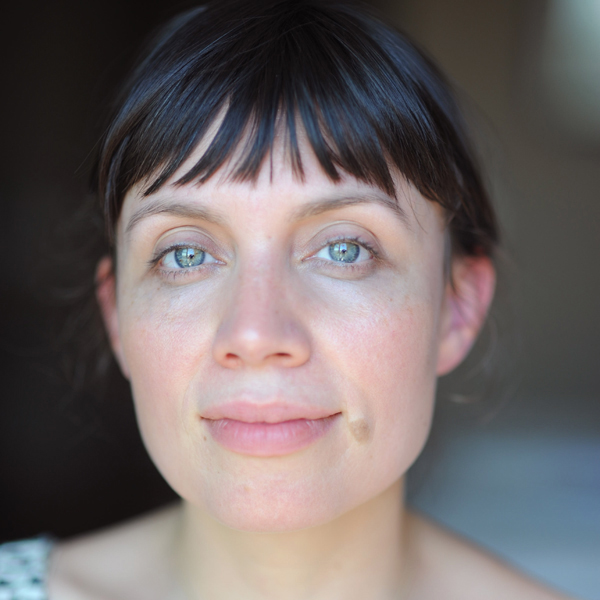 This idea from Jamil Smith’s essay about Black Panther captures how storytelling fuels social movements and why this superhero movie isn’t just another comic book flick.

“Making movies about Black lives is part of showing that they matter,” he writes in the Time magazine cover story. “Black Panther is emblematic of the most productive responses to bigotry.” Smith argues that by ignoring the hearts and minds of racists and instead envisioning a world beyond their reach, the film creates an irresistible spectacle. “They are missing out on the full possibility of the world and the v ery America they seek to make ‘great.’ They cannot stop this representation of it,” he writes.

This movie prompted a riveting national conversation about race, gender, and colonialism for two reasons: the power of the film, and the power of its critics. Critics — specifically Black critics — propelled a renaissance of writing about this rare movie that, as Carvell Wallace notes in his New York Times Magazine essay, gloriously centers Black people without centering stereotypical representations of Black pain. When an important work is met with thoughtful, engaged criticism, it gains depth and traction. And when each potent piece of writing reverberates as never before — shared, liked, and debated on social media — the critic has new opportunities to shape our increasingly toxic cultural discourse. For communities that have been historically shut out of that process, that power is pivotal. It’s the difference between being spoken about and being the authority on your own experience. All Black critics don’t love this movie — in fact, a few despise it — but they agree that it’s worthy of debate. They took center stage in both mainstream and independent platforms to advance and amplify one of the most meaningful cultural moments in recent memory.

The Black Panther conversation is an example of what pop culture critics of color can do with resources and real estate. The coverage of Coco, another recent Disney movie spotlighting people of color, illustrates how a film’s impact can be stifled without engaged criticism by writers who have a stake in its subject. In a time of attacks on Latinx communities generally and Mexican immigrants specifically, Coco is the balm: an exuberant movie about the magic of Mexican culture and the importance of family. The story affected audiences both here and in Mexico, where it became the country’s highest grossing movie.

But US Latinxs, who represent 18% of the American population and purchase 23% of movie tickets, are still not in a position to shape the discourse about our culture. When Coco was released, not one of the first reviews appearing in major publications was written by a Latinx critic. In response, Remezcla, an online outlet, hired five Latinx criticsto review the film, proving that the critics are out there; they’re just not getting the assignments. A film full of references to Mexican culture from the papel picado intro to the grandmother’s weaponized chancletawas initially evaluated by people unlikely to catch them. As a result, a rich conversation about Mexican identity that wasn’t about drugs or migration didn’t happen, nor did a debate about Disney’s controversial decision to build borders in the afterlife. This lack of bold, culturally resonant public discourse sent a clear message to Latinxs: Your culture is not worthy of serious consideration.

This means that even in the midst of a creative resurgence in TV and film led by creators of color, there are few paid critics who have the cultural competencies to engage with the work on its own formal or political terms. While some white critics write thoughtfully about non-white aesthetics, too many enforce white aesthetic supremacy. The notion that only works emerging from European traditions are worthy of contemplation and celebration still shapes what is covered, what is held up as exceptional, and what is rendered invisible. New York theater critics, for example, have played a key role in ensuring that Broadway has largely stayed “the Great White Way.”

We’re only as good as our critics.

Generative discourse and dissent play an essential role in our imagination ecology, as they do in any democracy. Without them, ideas don’t migrate or evolve. That’s why arts funders like myself are working to fortify cultural criticism. Arts philanthropy is guilty of many of the same crimes as criticism: it has been a bastion of support for European aesthetics — ballet, opera, classical music— at the expense of artists of color. For funders trying to address those inequalities, the lack of diversity in criticism means that artists of color we support (and those we don’t) get covered clumsily at best, in cold blood at worst. Of equal importance: white artists are seldom critiqued by people who aren’t white.

The Nathan Cummings Foundation, where I work, and the Ford Foundation have begun an exploration called Critical Minded, with the goal of investing in cultural critics of color. In partnership with a multi‑generational group of advisors (all cultural critics themselves) including Eve Ewing, Hua Hsu, Margo Jefferson, Jessica Lynne, Carolina Miranda, and Sukhdev Sandhu, in December 2017, we held a convening. The meeting included 48 critics of color and indigenous critics representing places like Albuquerque, New Mexico and Columbus, Ohio, and outlets ranging from Hyperallergic, Pelican Bomb, and Remezcla to the New Yorker.

We heard from critics that they need editors and mentors, particularly given the racism they encounter at prominent publications and the economic challenges that POC‑led outlets face. One of the young writers at Critical Minded, Max Durón, asked for advice on one thing: “How to not give up.” As newspapers around the country gut their arts sections and alternative weeklies (where cultural critics like Ta‑Nehisi Coates and Jelani Cobb got their start) shrivel, fewer emerging artists of color will be discovered or properly covered. The discourse is increasingly dominated by the few writers lucky enough to secure the rare media job, or who have academic perches, or who can afford to write for less.

Though the challenges are many, philanthropy can offer some lessons. When for‑profit newsrooms were no longer producing content critical to a healthy democracy — investigative reporting, for example — with philanthropic support, a non‑profit journalism sector sprang up to fill the gap. We believe it’s time to learn from these strategies to nourish a vibrant, sustainable, and equitable cultural criticism sector — one that’s less focused on anointing a few geniuses and more interested in the ecologies that enable critics around the country to thrive. While cultural criticism isn’t limited to essay form (just ask the 280-character virtuosos of Twitter) placement and payment still matter. Criticism is labor that must be valued and compensated.

I started my career at a time when criticism (barely) paid the bills. I was fortunate to work for Vibe in the early 2000s, when hip hop journalism was a viable career with its own canon and patron saints. Fans religiously read The Source’s “Unsigned Hype” and review sections in barbershops and behind bars, checking for that elusive five mic rating, and writers like Karen Good Marable, dream hampton, Greg Tate, Jeff Chang, and Joan Morgan contextualized and contested the culture from within it. Artists paid attention, whether they agreed with us critics or not.

In 2003, in the midst of the lead-up to Jay-Z’s The Black Album, a friend raced into my office at Vibe squealing “You’re battling Jay‑Z!!!” I had written an essay about the rapper, critiquing his use of Communist icon Che Guevara’s image to sell his “smooth criminal” capitalism. He read the essay — which was scathing — and called me to say, “You write like I rap.” Inspired by my article, he rewrote the song “P.S.A.” from his Black Album, resulting in the line “I’m like Che Guevara with bling on / I’m complex / I never claimed to have wings on” (sadly, no royalties for me). Afterwards, I wrote another piece about the Guevara incident and how Jay-Z’s aesthetic aspirations were at odds with his entrepreneurial vision (he’d recently become the first non-athlete to land a sneaker deal). A few years later, Jay-Z wrote about our interaction in his book Decoded.

The bloodless battle — more about craft than ego — has been an artistic engine in hip hop, with artists dueling one another as well as critics. So it was discouraging to see Chance the Rapper’s response to a lukewarm MTV review of one of his shows: calling the article “offensive,” he and his manager threatened to never work with the network again. As a result of this and a few other artist tantrums, MTV dismantled their editorial team, which was perhaps the most ambitious, diverse squad assembled by a mainstream outlet ever — at one point including Doreen St. Félix, Hanif Abdurraqib, and Tirhakah Love, as well as Jamil Smith, and Carvell Wallace, mentioned above. Several of the most extraordinary writers of a generation lost their jobs, and music writing returned to stasis: fawning by fanboys.

The Black Panther dialectic, the MTV News experiment, Vibe and The Source in their prime: these show what’s possible when critics of color define the terms of the debate. Their voices are needed more than ever as a culture war escalates under an administration openly hostile to ideas, critical thinking, and people of color. The tiki torches are easy to spot, but more subtle and seductive forms of supremacy — embedded in the pop many Americans consume without question — must be dissected by people fluent in the aesthetics of manipulation. But of course, even in times of crisis, critics of color can’t be constrained to calling out culture. Stale uplift narratives aren’t as compelling as thorny, inconvenient ones, which is why, in Black Panther, Killmonger the villain has earned almost as much attention as the hero. When you boil it down, supremacy is stupefying: always the same hero, same villain. Culture at its best is the opposite: invigorating, unwieldy, haunting, true. Critics can challenge us to become active audiences instead of passive observers, and at their best, critics of color reveal layers that would be invisible without their eyes. Art is our mirror — in which we can confront our beautiful, our bad and our ugly. Critics refuse to look away, and they insist that we join them.

After the 2020 election, the issue of how (and even whether) American democracy would survive rose to the top of many Americans’ concerns. more »
END_OF_DOCUMENT_TOKEN_TO_BE_REPLACED