This Teen Pregnancy Program’s Tight Focus Is a Success 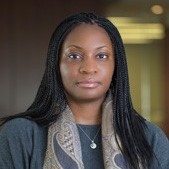 This Teen Pregnancy Program’s Tight Focus Is a Success
By Lola Adedokun, Program Director for Child Well-being at the Doris Duke Charitable Foundation

As we enter National Teen Pregnancy Prevention Month, it may be heartening to see that teen pregnancy rates in the United States are in decline. Yet, we’re far from declaring victory on this issue, as striking disparities persist related to race, ethnicity and socioeconomic status. According to data from the NYC Department of Health and Mental Hygiene, pregnancy rates for black and Hispanic teens between 15 and 19 years old are 5.9 and 5.5 times higher than those of white teens, respectively. Even more alarmingly, nearly half of teen girls in foster care in New York City will have experienced at least one pregnancy by the age of 19 and are 2.5 times more likely to become pregnant by then than their peers not in foster care.

The larger implications of these statistics for these groups—and for society as a whole—are substantial. Teenage mothers are less likely to finish high school and more likely to live in poverty, depend on public assistance and experience poor health than slightly older mothers. Their children are also more likely to suffer health and cognitive disadvantages, come in contact with the child welfare and correctional systems, live in poverty, drop out of high school and become teen parents themselves. 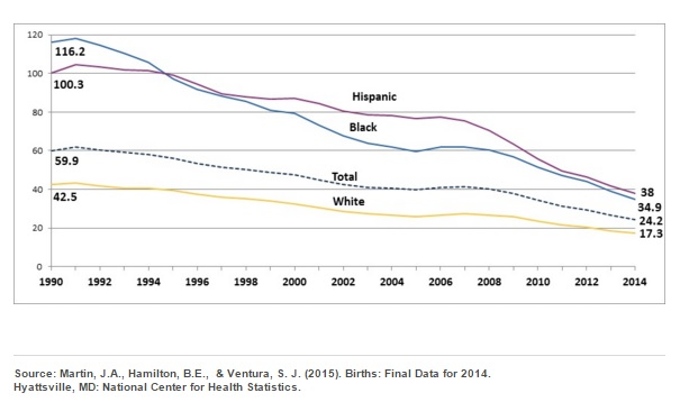 All this makes teen pregnancy prevention of vital importance not only to organizations committed to child well-being, such as our own foundation, but also to those interested in matters of inequality, poverty, education and public health. To help address all these issues through the prevention of teen pregnancies, the philanthropic sector should consider the power of efforts that reach and provide services to teens in the places they spend the majority of their time. We have seen how well this approach can work here in our own backyard.

In 2013, the New York City Health Department launched the Connecting Adolescents to Comprehensive Healthcare (CATCH) program. This school-based program uses existing school registered nurse (RN) and medical doctor (MD) staff to offer basic but critical family planning services (e.g., pregnancy testing, emergency contraception and one type of birth control pill). In order to bolster the effectiveness of this program, the Doris Duke Charitable Foundation’s Child Well-being Program awarded a three-year grant to the Fund for Public Health in New York to expand and modify the program with a particular focus on reaching teens in foster care. This project, led by Dr. Lorraine Tiezzi, is called the Adolescent Pregnancy Prevention in Schools (APPS) and has been able to:

The 13 high schools first involved in the CATCH APPS program were selected based on their location in communities with high teen pregnancy rates and considerable foster youth populations. Now in its third year, the project has achieved a number of measurable successes.[1] Reproductive health services are now available to 135,000 New York City high school students, 1,100 of which are youth in foster care—almost half of the total number of youth in foster care in New York City high schools. The most recent data from the project shows a significant increase in female teens accessing birth control through the CATCH program. In the 2013-14 school year, 75 percent of the estimated currently sexually active female teens used CATCH APPS services at the project sites compared to 42 percent in 2012-13 and 38 percent in 2011 through 2012. Overall, there was a 105 percent increase in the number of students receiving a hormonal contraceptive on site from the 2012-13 to 2013-14 school years. As seen in Figure 2, from the 2011-12 school year to the 2013-14 school year, female students increasingly requested and were provided hormonal contraception, including the birth control pill, NuvaRing, Depo-Provera and emergency contraception.

Based on analysis conducted by the New York City Department of Health and Mental Hygiene (DOHMH) Bureau of Epidemiology Services, the CATCH APPS program is estimated to have prevented 142 unplanned pregnancies in the 2013-2014 school year. Due to these achievements, the DOHMH has committed to expanding the CATCH program to 51 sites by June 2017, with the goal of reaching a total of 38,000 female students.

While becoming a parent at any age introduces new and challenging experiences, teen parents often struggle to balance the responsibilities of parenting while growing into adults themselves, particularly if they are in or transitioning out of foster care. We at DDCF are proud of the outcomes of the CATCH APPS project and look to our colleagues in the health, education and child welfare systems to help expand this program and other related efforts, so that all teens may have easy access to life-changing resources.

After the 2020 election, the issue of how (and even whether) American democracy would survive rose to the top of many Americans’ concerns. more »
END_OF_DOCUMENT_TOKEN_TO_BE_REPLACED