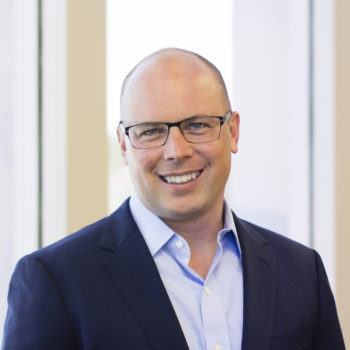 By Kevin Bolduc vice president, assessment and advisory services, at CEP. This article was originally published on the CEP Blog on February 1, 2018.

It’s said that you shouldn’t talk politics in polite company. Does anyone still say that in 2018? I know I haven’t followed that rule in my personal life over the last year. It seems every conversation eventually wends its way back to politics. But the candid grantee feedback we’ve seen over the last year suggests that might not be the case between foundations and grantees. There continues, even now, to be an unmet demand for more talking politics, as both funders and grantees reassess what it takes to be effective in today’s ever-shifting political climate.

Bear with me for a tiny bit of important background. In our efforts to help funders effectively respond to changes in the context of their work, CEP regularly adds timely questions to our core assessments like the Grantee Perception Report (GPR). In 2017, we worked with foundations to design a set of questions to help them rapidly and systematically understand the specific ways in which their grantees were responding to the major shift in the U.S. political environment.

Twenty-four funders opted to include those new questions in their surveys, so the information I’m about to share is not representative of all funders and grantees. Those 24 represent just over half of the U.S.-based funders using the GPR in February, May, and September of 2017. The foundations that chose to include the questions vary — very large and quite small, urban and rural, coastal and mid country, private foundations, conversion foundations, and public charities. All were interested in this feedback and willing to act on it.

Reasons the other 2017 GPR users weren’t interested varied quite a bit. For some it was “too soon.” Some didn’t want to suggest they “were political.” And some had already acted on getting feedback in other ways. So we know that the funders using these questions — and probably their grantees — aren’t a random sample. But what we did hear was striking, and we wanted to share it.

We ultimately received responses to these questions from just over 4,000 grantees. And if one thing was clear, it’s that those grantees felt the change in the political environment affected them: A whopping 85 percent of grantees on average said that the changing political environment had affected them — positively or negatively (and the substantial majority felt the effect was negative).

This is similar to what we heard from foundation CEOs when we surveyed them in February and March of 2017 about their own organizations’ responses to the changed political environment. Almost half of foundation CEOs report making — or planning to make — a variety of changes in their goals, strategies, and grantmaking budgets.

Given that funders and grantees were both responding to a changing context, what was interesting to me was whether or not they were talking to each other — and in particular whether or not program officers and nonprofit staff were communicating about those changes. Maintaining alignment, or even just learning from experiments, is really hard when both partners are shifting their work.

So what did grantees say? About a third on average indicated that their program officer had been in communication with them about how the changing political environment related to their work. That’s encouraging, but grantees want more. About half of grantees said they had not had that kind of communication but wished they had. (Related, slightly higher proportions said they would like to but hadn’t yet heard from their funder about how their funder was or wasn’t modifying its own work in response to the changing context.)

Maybe this is old news. It’s been a year since the inauguration. Trump’s first State of the Union was Tuesday.

But I think it’s still relevant. We fielded surveys three times in 2017: in February, May, and September. Even when grantees were responding in September and October — nearly a full year after the election — many of them continued to say that that they’d like to have a conversation with their program officer about how the shifting political landscape is affecting their work. Substantial majorities indicated they were changing the emphasis they placed on collaboration, policy/advocacy work, creating local engagement, and hearing from beneficiaries. Nearly half were increasing their emphasis on direct service (and it would be interesting to know how that will be affected by the recent tax bill).

The state of our nonprofit union is changing.

These changes represent an important opportunity for partnership, learning, and re-alignment on both sides of the funding table. And GPR survey results suggest these conversations should be ongoing, whether you’ve started them already or not. There’s too much at stake to delay. So it’s on all of us — funders and grantees alike — to get beyond talk of the immediate applications, reports, and grants; get outside our comfort zones; and talk politics.

What’s at Stake and What’s at Play: My Reckoning with Philanthropy

Even if we dramatically slow climate change, we know that climate-related displacement is going to increase, likely dramatically, and we are... Read @ The Center for Effective Philanthropy
A Conversation on Public Service Loan Forgiveness: The Philanthropic Community Can Help 250,000 New Yorkers Access $10 Billion in Loan Forgiveness (Part Two)
With only 18 days left to submit your forms, learn more about the PSLF program from Rich Leimsider's conversation with Carolyn Peters. Visit pslf.nyc to learn more!
END_OF_DOCUMENT_TOKEN_TO_BE_REPLACED