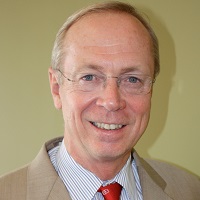 by James R. Knickman, President and CEO, New York State Health Foundation
It’s just six subway stops between where I live, in Murray Hill, and the East Harlem neighborhood. But when it comes to our health, the two communities are worlds apart. If you are born in Murray Hill, you can expect to see your 85th birthday, while average life expectancy in East Harlem is only 76 years.
That’s a staggering disparity, brought into sharp relief in a new map developed by researchers at the Virginia Commonwealth University in partnership with the Robert Wood Johnson Foundation and the NYC Department of Health and Mental Hygiene. The map shows variations in life expectancy in New York City, demonstrating the short distances between large gaps in health and longevity.
Why do these gaps exist? Because where we live affects our health in multiple and complex ways. We know that people living in neighborhoods with easy access to nutritious food, safe and walkable streets, active playgrounds and public spaces, good jobs, educational opportunities, and stable housing are likely to have good health outcomes. Residents of neighborhoods without these essentials are more likely to be burdened with high rates of crime, obesity, diabetes, and other chronic illnesses that ultimately lead to shorter life spans.
How can we start to close these gaps? As a first step, we need to bring together the range of actors who have a stake in improving our neighborhoods: those who are living in the community along with those who are planning parks and sidewalks, running local schools and hospitals, creating jobs, and developing affordable housing. In any community, those different parties will need to bridge their usual silos and work together to build on the community’s assets, strengths, and values to create a community where residents of all ages can thrive.
And we’re seeing it happen. East Harlem—along with the Brownsville neighborhood of Brooklyn and the Two Bridges community on the Lower East Side—is participating in the New York State Health Foundation’s Healthy Neighborhoods Fund initiative. A complementary effort, the South Bronx Healthy and Livable Neighborhoods program, is working in three neighborhoods in the South Bronx, with support from the New York Community Trust. (Our two foundations are also investing jointly in an evaluation of the program, and expect to engage additional funders—both within and outside of the health sector—over time.)
People in these communities are cultivating broad partnerships with various government agencies, local businesses, food retailers, schools, community-based organizations, and community residents. Together, they are working on neighborhood-wide solutions that reflect the highest priorities for their communities.
In East Harlem, one project goal is to establish a local wholesale food hub that will provide neighborhood bodegas and markets with fresh, affordable fruits and vegetables. In Brownsville, efforts are underway to add 18 miles of new bike lanes and to repurpose vacant or underused spaces for afterschool programming and public arts projects. And, in the Two Bridges neighborhood, plans include an expansion of programs to make subsidized, locally grown produce available and to improve access to the walking trail along the East River.
These initial efforts won’t translate immediately to increased life expectancy; it will take years for these improvements to reverse obesity rates and reduce the impact of chronic illness in our communities. But they are essential first steps that can seed a movement and build momentum for large-scale change.
The key with all of these ideas is to work at scale in a neighborhood: not just one school but all the schools offering healthy school lunches; not just one park but all the open spaces readily and safely available for residents to walk, run, ride their bikes, or offer an outdoor dance class. And then starting to show other communities what’s possible, what works and what doesn’t.
All of these changes are what will add up to palpable health improvements over time. Changes that can affect the fabric of communities and lead to more New Yorkers enjoying healthier, longer lives.
It’s time to make all of our neighborhoods safer, more walkable, healthier places to live, work, learn, worship, and play. And it’s time to start closing that gap between the East Harlems and the Murray Hills of our great City.

Have you heard of the “nonprofit starvation cycle"? more »
END_OF_DOCUMENT_TOKEN_TO_BE_REPLACED