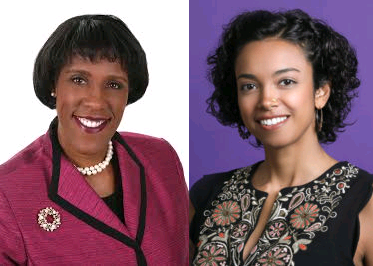 Six Reasons Funders Should Increase Support for People Of Color-Led Work
By Teresa Younger, President and CEO of the Ms. Foundation for Women, and Vanessa Daniel, Executive Director of the Groundswell Fund.

This month Ms. Foundation for Women and the Groundswell Fund joined with other foundations and individual donors to issue an open letter challenging the philanthropic community to increase funding to people of color-led grassroots organizations.

Signatories include at least two other New York-based foundations (New York Women’s Foundation and Third Wave Foundation), along with two of the largest women-focused funder networks in the nation, the Funders Network on Population, Reproductive Health and Rights, an association of 43 foundations that collectively issue $1 billion in grants annually; and the Women Donors Network Reproductive Health Circle, a group of high-level individual donors.

The majority of signers have been working together for more than a decade to advance racial equity in the field of reproductive health, rights and justice philanthropy. Having made significant strides, even prior to the election, to address the negative impact that under-resourcing women of color-led work was having on the fight for reproductive freedom, we were poised to take a united public stance after the election. The letter is a challenge to ourselves to double down on our work for equity and an invitation for the rest of philanthropy to do the same.

While each signer had their own reasons for signing on, here are ours:

Both of our foundations provide funding to the National Latina Institute for Reproductive Health (NLIRH), which is on the frontlines working to advance Latina women’s rights outside of the White House in Washington, in the Rio Grande Valley in Texas and in neighborhoods rights here in New York City. When NLIRH talks to members of Congress about the challenges women face when seeking abortion services, they speak up loud and clear about the ban on funding for poor women, the systematic closing of women’s health centers in Texas and the chilling impact of ICE agents arresting women in health centers and courthouses. On the streets of New York, NLIRH organizes and mobilizes young people who are pregnant and parenting, helping to stop shaming and working to ensure that teen parents have the resources they need to raise their families with dignity.

Another grantee partner, New Voices for Reproductive Justice, is commemorating “Women’s Herstory Month” by exposing the racism and sexism of the criminal justice system. Long supportive of #BlackLivesMatter, the group is working to be sure that the double oppression faced by Black women and girls is identified and dismantled.

No nation, field or person is perfectly conscious from the start. We are all a work in progress. We are all tasked with meeting moments of awakening with the courage to change and live into the promise of our best selves in service of a better world. We are proud to contribute to the mounting hope that in philanthropy will, in this critical moment in our country, choose courage and live into its promise.

Virtual Employee Engagement through Virtual Conversational Leadership
Conversational leadership offers a fundamental rethinking, and more importantly, an opening to the possibility of a “re-feeling” of daily work life... Read @ The Training Industry
Insights from The Mechanics of Working Through Grantmaking with a Racial Justice Lens - A Workshop Led by PRE

After the 2020 election, the issue of how (and even whether) American democracy would survive rose to the top of many Americans’ concerns. more »
Well Fed and Well Read: The Case for Healthy School Meals for All
Learning on an empty stomach is nearly impossible, but this is the reality for too many students across New York.  more »
END_OF_DOCUMENT_TOKEN_TO_BE_REPLACED