Post Election: Can Philanthropy Move The Conversation On Gun Safety? 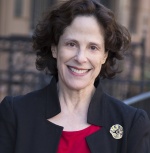 For many years, Philanthropy New York has partnered with the Ford Foundation to present a documentary series that encourages dialogue on social justice issues. Documentaries can be one of the most powerful forms of communication and over the years, we have shown films that cover the gamut of issues and have ranged from lighthearted to serious. Our goal is to show documentaries that can influence attitudes and spur action, and demonstrate the ways that funders have chosen to use this work to support their missions.

Continuing in that tradition, we will be screening "Newtown," which premiered at the Sundance Film Festival this year, on Wednesday, November 16, 2016 from 4-6:30pm. This film screening is in partnership with Media Impact Funders, another longstanding partner organization.

The film will be shown at PNY as will other documentaries we will show during the next two years while Ford renovates its building on East 43rd Street.

The film follows the community of Newtown, Connecticut, in the aftermath of the Sandy Hook Elementary School shooting on December 14, 2012, that left 20 children and six teachers dead. The incident was the deadliest mass shooting at a high school or grade school in U.S. history and the third-deadliest mass shooting by a single person in U.S. history. The shooting prompted renewed debate about gun control in the United States, including proposals for making the background-check system universal, and for new federal and state gun legislation banning the sale and manufacture of certain types of semi-automatic firearms and magazines with more than ten rounds of ammunition.

Despite this tragedy, and so many more, gun control remains as contentious as ever.  Is there a role for philanthropy in this work? Join us on the 16th for a powerful documentary and a chance to talk with peers about the critical issues presented and the potential for collaboration around action.

The Space Between Intention and Impact

Philanthropy New York’s newly approved Strategic Framework is our compass for bridging the gap between philanthropy’s intention to catalyze... more »
Reframing Accountability as an Act of Humanity

In a sector with little oversight, what does it look like to be accountable in a way that centers relationships? more »
Purpose as Compass

It is no accident that “purpose” - as a grounding element in philanthropic leadership - has been on our minds at Philanthropy New York. more »
Building Our Equity Muscles

Hear from PNY CEO, Kathryn O'Neal-Dunham, reflect on what she's learning throughout her first six months in her new role and share some PNY updates.  more »
END_OF_DOCUMENT_TOKEN_TO_BE_REPLACED