Home » News » Philanthropy Must Shift Power to Others

Philanthropy Must Shift Power to Others 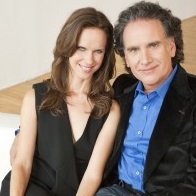 Philanthropy Must Shift Power to Others
By Jennifer and Peter Buffett, Co-Presidents of the NoVo Foundation
Reprinted with permission from NoVo Foundation, published originally in Time Magazine.

In our years in philanthropy, we’ve seen the idea of “empowerment” thrown around a lot. Donors want to empower women and girls to gain access to education, to pursue a career, to speak out about domestic violence, and to run for office. Of course, we also want women and girls to feel empowered and to do all of these things—but as we approach 10 years leading the NoVo Foundation, meeting with women and girls and their allies throughout the world—we’ve stopped throwing that phrase around. Instead we want to ensure that our foundation’s dollars don’t recreate the very systems that keep women from accessing their power in the first place.

We have been around long enough to know that we’re not just going to write a check and “empower” women. Women and girls are inherently powerful. What we can do is help break down the barriers, such as violence and discrimination, that keep girls’ and women’s voices silenced and ultimately dominate and exploit them. And how we give—either by dictating or by listening—makes a critical difference in whether we reinforce or shatter the assumptions and power structures that say that answers need to come from on high—on behalf of and for women and girls—rather than from them.

In 2006 our lives changed entirely—Peter’s father, Warren Buffett, pledged about $1 billion to distribute as we saw fit. We were inspired by his own investment philosophy: look for undervalued assets. We founded the NoVo Foundation with the idea that women and girls are really the world’s greatest undervalued asset. By investing in their power, we can get them the resources they deserve, and in so doing we strengthen communities and our shared future.

We’ve spoken many times since that decision about why this is the focus of our giving—girls become the mothers of every child born, mothers care for families and break cycles of poverty and violence —but this Mother’s Day we’ve been thinking more deeply about how we make this the focus of our giving. As people who’ve had this unexpected and powerful opportunity to lead a global foundation, how do we give in a way that unlocks the voice and authority of women and girls, rather than continuing to limit them?

Over the last decade, we have been on a journey, at once both global and deeply personal, toward a deeper understanding of the economic, cultural and political systems that shape our world and what transformative change really means. And if anything is clear, it’s that true change will always require challenging conversations about “us”— not a monologue about helping “them.”

In our work around the world visiting NoVo grantees, we started to see how philanthropy often thinks that it knows what’s best for communities rather than the other way around. Social progress was seen as something that should be driven by experts from outside, with new “solutions” and technological innovations that could drive “impact” in communities who needed help from others. We came to recognize philanthropy that dictates solutions top-down to communities as patriarchal at its core, even when it’s intended to help women and girls.

How we give is therefore intrinsically linked to why we give. Form and function have to align. A philanthropist from on high will never reach down and “empower” a girl in Sierra Leone. That girl is inherently full of power and potential, and we should start by asking what stands in the way of her having a strong voice and influence on the decisions that shape her life and her community.

As philanthropists, we should recognize that we don’t hold transformative solutions ourselves, and we never will. The most radical way to advance meaningful change is to shift economic, social and cultural power to those who don’t have it. We can do that by truly listening to and centering the perspectives and priorities of people who are the most marginalized. And by providing flexible, long-term funding that allows change to grow from the bottom up, rather than short-term, project based grants that assume change is directed from the top down. Progress should be less about “innovation,” and more about a radical trust in the idea that people know what’s best for their own lives, and should have the power to pursue it.

We know we’re not alone in our passion for giving in a way that reflects balance, collaboration and connectedness to others. New research coming out later this month from the Women’s Philanthropy Institute at the Indiana University Lilly Family School of Philanthropy shows, for example, that donors who work with women and girls are often motivated by their own personal experiences, whether positive experiences such as the birth of a child or receiving a scholarship, or negative, such as discrimination. As a diverse community of funders, we shouldn’t just treat the symptoms. We should uproot the deeply held norms and beliefs that marginalize women and girls in the first place, by carefully examining not only on what we fund but how we fund it.

This research also shows that philanthropists who give to women and girls believe their funding leads to long-term social change. These findings mirror our own experiences, which are rooted in a commitment to moving whole systems – from a world of domination and exploitation to one of collaboration and partnership.

It’s true—philanthropy can help bring about transformative change. But it’s time for us to open our eyes to the fact that philanthropy itself is a product of power and privilege, and to ensure that we are not reinforcing the social and cultural norms we are so desperately seeking to knock down.

New to the philanthropy field, I was encouraged to sign up for the Philanthropy New York Core: Financial Series during the winter of 2021.  more »
END_OF_DOCUMENT_TOKEN_TO_BE_REPLACED