Philanthropy and the Interfaith Imperative

Philanthropy and the Interfaith Imperative 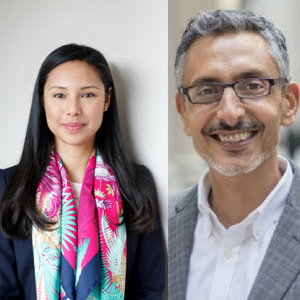 An acute question of our times is whether religious diversity will be cause for tension and strife or opportunity for human flourishing. This plays out strongly in the United States, as we experience a moment of political transition in which religious bigotry has been on the rise. Some have questioned the worthiness of Muslims as American citizens, and anti-Semitism has escalated. The question for the philanthropic community is whether we will be a bold part of furthering a different future – one marked by interfaith cooperation – at a time in which the need could not be clearer.

Philanthropy works best when it advances solutions to that which seems unsolvable, such as the dominant notion that religious groups have always, and will always, be locked in violent conflict. The stickiness of this idea in news journalism and the popular imagination all too easily becomes a self-fulfilling prophecy, quickly leading to resignation. The more we expect different religious groups to fight, the less motivated we are to prevent it, whether they are situated in Belfast or Boston, Mosul or Minneapolis.

It would serve us well to look into our own history and the tremendous progress we’ve made. Remember the anti-Catholic vitriol spewed against the past presidential campaigns of Al Smith in 1928 and even John F. Kennedy’s, just over 50 years ago?  With several Catholics on the Supreme Court bench, it is virtually unheard of that anyone would question the suitability of Catholic candidates for office.

Social science research provides ample evidence of how religious pluralism can be fostered, demonstrating how we can collectively push toward an America where no one’s religious or philosophical identity is used to denigrate their American identity. We especially need to draw on this work now, given the recent increase in acts of religious bigotry and the fact that the United States of today is the most religiously diverse society in human history.  Clearly, the stakes are high for the future of our shared democracy.

So where and how might philanthropy advance meaningful solutions?  The two organizations for which we work, Interfaith Youth Core (IFYC) and the Teagle Foundation, have established a partnership with faculty from across higher education that seeks to incorporate interfaith perspectives into the curriculum as it also engages students of different religious backgrounds in common projects. An interdisciplinary approach to interfaith studies has implications for how we understand society from the level of the local community to global politics.  It is a necessary component of any attempt to strengthen civil society as we seek to understand how adherents of different traditions live, interact, cooperate, and combat each other in diverse societies.

Strategies for the development of interfaith studies include changes to existing courses and may also involve the development of new concentrations, minors, or majors.  Since 2003 we have been fostering such curricular development through relatively small grants to faculty working groups., Together, we made seventeen such grants to as many institutions, ranging from $2,500 to $10,000, with the expressed goal of creating course sequences that would advance the burgeoning growth of interfaith studies. Given the combination of our highly ambitious goals and relatively modest resources, the results have been remarkable and are beginning to catalyze profound change.

Fourteen new curricular programs have been launched at these institutions (including one major and eight minors) and interdisciplinary courses are included in every approved program. At California State Chico, a public institution embedded within the massive California state system, a team of faculty from seven different departments worked to identify courses in their departments that already engaged – or could be enhanced to engage – interfaith topics and learning objectives. To encourage enrollment, they created an interdisciplinary Certificate in Interreligious and Intercultural Studies for students who take all seven courses. Of the 355 undergraduates surveyed, 85% thought the certificate was relevant to their study and 40% indicated interest in pursuing it. Seizing on the opportunity to infuse an interfaith studies approach throughout the curriculum, grant leads at California Lutheran University worked to integrate interfaith modules and learning objectives into all Religion 100 courses and hosted a colloquium for faculty from a variety of disciplines to discuss readings, vocabulary, and pedagogies related to interfaith studies. And, in rural Pennsylvania, Elizabethtown College created the first known major in interfaith studies anywhere in the country, a milestone that was recognized by The New York Times.

Institutions with rapidly changing student demographics have also been on the forefront of integrating interfaith studies approaches throughout the curriculum. A Catholic institution, Benedictine University is located in a suburb west of Chicago. Founded in 1887 to serve the area’s large Catholic communities, the student body has shifted along with broader demographic trends in the surrounding area. Today, a full 26% of the student body are Muslim. In response to this rapidly diversifying student body and community, faculty at Benedictine partnered with the University’s archivist to launch an Interfaith Oral History Archives project. The project provides students interested in pursuing interfaith studies with the opportunity to capture interfaith stories through journalism in the local community.

This is only the start. Teagle and IFYC have expanded on our initial efforts and are now working with 16 additional campuses to develop interfaith studies with intentional cross-programmatic ties to schools of engineering, nursing, education, business, and health. In the next few years alone, these curricular changes will go on to influence hundreds of students to creatively take up proven solutions toward building communities where religious diversity is a source of strength, and not a barrier of division. Colleges and universities are beginning to set interfaith cooperation as a civic priority through our work, and models of excellence in practice are being developed. Some of today’s undergraduates will even take up the mantle of interfaith leadership, self-identifying as interfaith leaders professionally and in their civic lives.

Philanthropy rightly concerns itself with the returns on its investments.  Some of those returns can be measured quantitatively, including those of this interfaith studies initiative.  Beyond those are the contributions this project may make to a more perfect American union and to a wider a world in which people of diverse traditions and faiths increasingly work together toward solutions for humanity’s most pressing needs. While they cannot be quantified, those returns – in the words of one religious tradition – are indeed “worth far above rubies.”

The Pinkerton Foundation is on a journey to advance racial equity in the communities we care about through work done by the organizations we support... more »
END_OF_DOCUMENT_TOKEN_TO_BE_REPLACED