Home » News » The People’s (Climate) March: A Tipping Point Towards the Clean Revolution

The People’s (Climate) March: A Tipping Point Towards the Clean Revolution 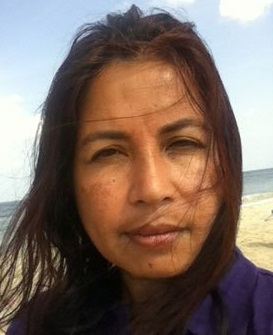 by Mafruza Khan, independent philanthropic advisor and strategist for advancing sustainability, equity and good governance
This piece was originally published on the WINGS Philanthropy in Focus blog.
What a day it was! Sunday’s historic People’s Climate March was a testament to the growing power and visibility of a global people’s movement for peace, justice and democracy, under the banner of climate change and sustainable and equitable development. With 2,808 events in 166 countries, New York drew the largest crowd, where an estimated 400,000 people marched, demanding action from world leaders at the UN Climate Summit on 23rd September, and leading to COP21 in Paris in December 2015.
With our past (i.e., cultural and biological heritage), present and future at stake, the message of the People’s Climate March was loud and clear: we have the solutions. One key solution is investing in the transition from fossil fuels to a clean/renewable energy economy. (In 2012, I reported on clean energy as one of two game-changers from Rio+20.) But as noted in The New York Times, “The signs that marchers held were as varied as the movement: ‘There Is No Planet B,’ ‘Forests Not for Sale’ and ‘Jobs, Justice, Clean Energy.'” The clean energy movement is gaining momentum with the Divest/Reinvest Campaign. The Rockefeller family heirs announced earlier this week that it would divest its charities from fossil fuels.
Marchers were also explicit about their values: a non-violent, humane, pro-peace, pro-justice, pro-people, pro-earth/planet agenda that addresses structural and systemic inequities through a rights-based and stewardship approach to the development of planet earth and human civilization in the 21st century. And all of this in place of the current model of conquest, violence, dominance, waste and exploitation.
We are seeing new models of governance, ownership and distribution in today’s social networks and social movements, which are open-source, participatory, decentralized and disaggregated, as opposed to traditional, top-down/hierarchical, centralized and aggregated. The same transformational shifts are happening in industry. Will the political leaders and bureaucrats at the Climate Summit join the marchers and take necessary action? Countries are due to present their commitments to reduce emissions by March 2015 and the Summit, an initiative of UN Secretary General Ban Ki-moon, is not part of the official UNFCC/Rio+20 process.
Mary Robinson, UN climate envoy and former Irish president said she hopes that this round of talks will be a good deal more ambitious than previous announcements, and open the way for further understanding that we need pressure and urgency of real commitments. UN Climate Chief Christiana Figueres said that what is important is the strength of commitments and action of all governments moving forward up and until a new agreement is delivered in Paris.
I couldn’t agree more about the need for real commitments, particularly relating to the five critical outcomes and issues that came out of the first Earth Summit in 1992 in Rio (UNCED), issues also emphasized 20 years later at Rio+20.
I am also excited and challenged by the work ahead. The Clean Revolution must encompass energy, money (in politics and in business) and clean/benign/non-toxic technologies, and must have the health and well-being of people and the planet front and center.
One of the things the last 20 years have made clear is that voluntary agreements don’t work. In addition to having a much more ambitious agenda, climate activists, heads of states and negotiators need to set clear and enforceable targets—locally, nationally and globally—whether in setting and achieving renewable energy goals, local food procurement, supporting minority and women-owned businesses; or ensuring net neutrality, intellectual and common property rights, fair wages or fair taxes.
Albert Einstein said insanity was doing the same thing over and over and expecting different results. If we want different results at COP21 then we need to think and act differently than we have in the past. The People’s Climate March, we hope, is a giant step in that direction.

Have you heard of the “nonprofit starvation cycle"? more »
END_OF_DOCUMENT_TOKEN_TO_BE_REPLACED