Home » News » An Open Letter to the Hundreds of Millions of Americans Who Have Worked for, Volunteered for, Donated to, or Benefited from the Work of a Charitable Nonprofit: i.e., every living person in the USA.

An Open Letter to the Hundreds of Millions of Americans Who Have Worked for, Volunteered for, Donated to, or Benefited from the Work of a Charitable Nonprofit: i.e., every living person in the USA.

An Open Letter to the Hundreds of Millions of Americans Who Have Worked for, Volunteered for, Donated to, or Benefited from the Work of a Charitable Nonprofit: i.e., every living person in the USA.

This post by Tim Delaney, President and CEO of the National Council of Nonprofits was originally published by The NonProfit Quarterly as a special edition call to action on November 29, 2017. 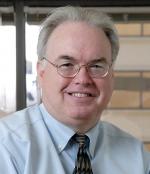 Our tax system is a mess, we all know, so real reform would be welcome. But not like this. Congress could have opted to move the tax code in the direction of fairness. Instead, they have favored corporations and the wealthy. Congress could have acted to strengthen our communities. Instead, they are proposing to cut revenues that will lead to massive spending cuts at the federal, state, local, and nonprofit levels due to automatic cuts through sequestration.

The National Council of Nonprofits calls on you to protect the well-being of current and future generations by being America’s conscience; take three minutes as soon as you finish reading this plea to pick up the phone and call your Senators (202-224-3121) to tell them to vote NO on the “Tax Cuts and Jobs Act” bill and start over.

The Tax Cuts and Jobs Act changes personal exemptions and the standard deduction in a way that effectively denies 95 percent of taxpayers any tax incentive for giving back to their communities. The amount to which tax incentives drive donations can be disputed, but surely it will cut revenues some. Indeed, economists at the Tax Policy Center at the Urban Institute report that the tax change would reduce giving by $13 billion to $20 billion every year. The same group estimates that changes in the estate tax will reduce giving to charitable purposes by another $4 billion.

The Tax Cuts and Jobs Act will also add an estimated $1.5 trillion to the federal deficit over 10 years. We all know that rising deficit levels can and will be used to justify further program cuts, with real-world consequences. For every meal cut, shelter closed, or arts program eliminated as a result of spending cuts made in the name of deficit reduction, the tax bill would add to the unfunded mandates on charitable nonprofits and foundations to fill in the gaps. Congress will be imposing long-term suffering on our communities to secure what can, at best, be seen as short-term political gain.

The House tax bill, which passed, contains a particularly self-serving provision for politicians, a provision that would rip away the longstanding protection that all 501(c)(3) organizations—charitable nonprofits, houses of worship, and private foundations—have had from demands by candidates for public office and their political operatives to drag us into the toxic political wasteland, diverting us from our proper missions. The Senate bill does not, yet, but as the New York Times noted earlier this week, it may get slipped into the Senate version as well. The overwhelming majority of nonprofits, including religious organizations, vigorously oppose this change. If a bill that rolled back the Johnson Amendment became law, nonprofits could be pressured to endorse politicians and therefore become explicitly partisan and cast public doubt on the motives of our entire sector. We must not let this happen. This is a most radical change in the law, such that any bill should be defeated because of this fatal flaw alone.

In our work, we seek to serve people and forge stronger community bonds every day. That’s why it is so baffling and sad, frankly, to see Congress debate measures that could harm our ability to strengthen lives, build communities, expand job opportunities, and promote solutions. Both versions of the tax reform bills put politicians’ concern for passing something—anything—ahead of the best interests of the American people. It’s time for every Senator to slow down and consider the massive damage they are about to do. We all need to urge them to Vote No on this bill, and start over with legislation that prioritizes people over partisanship and communities over corporations.

Tim Delaney is President and CEO of the National Council of Nonprofits.

For so many New Yorkers, economic hardship is an ever-present reality. more »
END_OF_DOCUMENT_TOKEN_TO_BE_REPLACED