Wednesday, August 1, 2012
Last year, the Philanthropy New York board approved a formal process for our organization to take an official position on pressing policy concerns, and earlier this year we formed a Public Policy Committee to advise staff on how to proceed on such issues. We have been tracking several issues and one in particular has advanced to the point where the Public Policy Committee has recommended making an official statement.
This is the point in the process where we open the discussion to all Philanthropy New York members, which is the penultimate step before the Board officially endorses or declines to endorse the position.
The Public Policy Committee has recommended making an official statement supporting federal legislation that will simplify the excise tax on private foundations.
Click here to read a full issue guide on this topic.
This is our full official statement on simplifying the excise tax on private foundations:
United States Senate and House legislative proposals have been introduced that would amend the IRS Code of 1986 to simplify the excise tax on the investment income that private foundations pay by removing the current two-tiered tax and replacing it with one flat tax rate. The proposals set this flat rate at 1.39 percent, which was designed to be revenue neutral, but according to the Joint Committee on Taxation in the 112th Congress would slightly raise tax revenues by $86 million over ten years.
Philanthropy New York supports simplifying the excise tax on private foundations because:
The comment period is five business days; please use the comments section below to weigh in on Philanthropy New York’s official statement.
If you have any questions about Philanthropy New York’s public policy work, please do not hesitate to contact our Vice President of Communications & Public Policy, Michael Hamill Remaley, at mremaley@philanthropynewyork.org or 212-717-0699 x222. 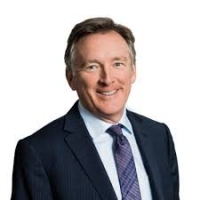 Philanthropy has an important role to play in amplifying community-based voices calling for reform and improvement of public transit, instrumental to... more »
The Weight of Privilege in Crisis

The world has undergone a tectonic shift in the last six months and it's changing us. more »
We Cannot Let COVID-19 Be a Death Sentence For Refugees

When the WES Mariam Assefa Fund launched last year, we knew our mission of supporting economic mobility for immigrants and refugees—particularly... more »
END_OF_DOCUMENT_TOKEN_TO_BE_REPLACED