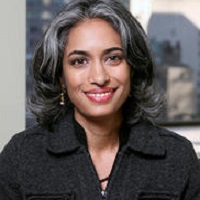 by Kavitha Mediratta, Chief Strategy Advisor, Equity Initiatives & Human Capital Development, The Atlantic Philanthropies
In recent years, thousands of New York City school children have been disciplined through exclusion from school, disengaging them from learning and increasing the likelihood they will get caught up in the justice system. Even one suspension in the 9th grade doubles a student’s chances of later dropping out of high school, research shows. And for students of color and with disabilities, the punitive repercussions for minor misbehavior are even more severe.
This crisis of punitive discipline has become so critical that last week, the White House convened a national summit of school district leaders to “rethink discipline.” The meeting follows guidance from the federal Departments of Education and Justice last year, declaring school discipline a civil rights issue that is pushing too many children out of school.
Fortunately, with this increased attention also come signs of positive change in New York City schools. On the heels of the White House Summit, Mayor Bill de Blasio announced last Thursday a new vision for school discipline that the mayor, schools chancellor and police commissioner will all jointly adopt to guide school discipline and safety in city schools from now on. This represents the most sweeping effort by city officials to date to tackle this troubling issue, and marks an unprecedented moment for the New York: a remarkable convergence of diverse interests—students and parents, educators and advocates, police and government—around the need to stop overly punitive discipline for minor misbehavior.
Additionally, the mayor announced recommendations issued by the Leadership Team on School Climate and Discipline, which he convened last February to study how city schools could make further improvements in discipline and climate. Among the recommendations in the team’s report, Dignity in Schools, are strategies long sought by proponents of reform, including investing in training to help educators develop better relationships with students, teaching social and emotional skills to students, increasing the number of guidance counselors and social workers in high-needs schools, and expanding the use of data to track children’s contact with law enforcement.
Getting to Progress
In recent years, the number of suspensions in New York City public schools has dropped by nearly 20,000, from a peak of 70,000 in 2008. This decline has been driven by advocates’ efforts to expose the negative effects of punitive discipline, as well as new alliances that have developed among advocates and influential city leaders and agencies.
For example, students in the Urban Youth Collaborative and Dignity in Schools Campaign organized alongside the New York Civil Liberties Union, Advocates for Children, Teachers Unite, Children’s Defense Fund, the Legal Aid Society and the Morningside Center to raise awareness of the harm caused by out-of-school suspension, arrests, summonses and handcuffing. In the Bronx, parents in the New Settlement Apartments Parent Action Committee worked closely with New York Police Department’s School Safety Division to improve training of officers. The Department of Education also began meeting regularly with students, parents and advocates to expand the use of conflict resolution and community-building programs.
In 2009, retired New York State Chief Judge Judith S. Kaye convened a multi-stakeholder task force that provided a blueprint for the mayor’s Leadership Team. One year later, the City Council passed the Student Safety Act, requiring quarterly reporting of school safety data, including incidents involving arrest and suspension.
As a result of these efforts and others, scores of schools today are implementing innovative approaches to improving the climate for learning. Schools themselves are now making the case that there is a different, better approach to discipline and safety. Most importantly, they are demonstrating that positive discipline goes hand-in-hand with effective teaching and learning in schools.
Where Does Philanthropy Fit?
In my work with The Atlantic Philanthropies, I have seen first-hand how collaborative efforts between philanthropy, students, advocates, and public leaders can drive significant change in zero-tolerance policies. As outlined in our new report, Tilling the Field, the philanthropic sector can be more than just a “funder.” We can—indeed, we must—be a driver of transformative social change, in school discipline and beyond.
Philanthropy can do more than simply give money to on-the-ground organizations. Foundations and donors can add value by creating the space for grantees to learn about and lift up viable policy alternatives and to build relationships with influential leaders. This also can create space for cross-sector dialogue and collaboration among diverse stakeholders, including government, to build better understanding of the problem and define shared goals for reform. Importantly, parents and young people can play a major role in advancing changes to local and national educational policy—and that impact is amplified when their efforts receive philanthropic support.
The Road Ahead
As the city moves to implement the Leadership Team’s recommendations, ongoing advocacy and monitoring is crucial. Students, parents, teachers and others who are closest to the classroom and issues of school discipline bring important insights on challenges that need addressing, as well as ideas about what can be done to enhance reform.
Ultimately, students will only succeed in schools when they feel supported, respected and engaged. Philanthropy, working in tandem with diverse partners, has a responsibility to support them—to ensure that our schools are launching pads for success, not sources of sustained injustice.
Kavitha Mediratta is Chief Strategy Advisor, Equity Initiatives & Human Capital Development at The Atlantic Philanthropies. See the Tilling the Field report for more information about Atlantic’s work to promote school discipline reform.

After the 2020 election, the issue of how (and even whether) American democracy would survive rose to the top of many Americans’ concerns. more »
END_OF_DOCUMENT_TOKEN_TO_BE_REPLACED