Home » News » Nobody Needs a ‘Shark Tank’ in Philanthropy

Nobody Needs a ‘Shark Tank’ in Philanthropy 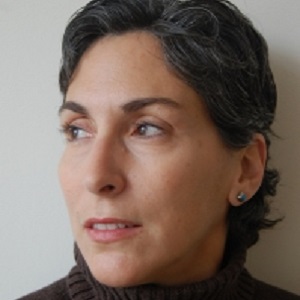 This post originally appeared in the Chronicle of Philanthropy.

It was hard to believe it when the Council on Foundations announced last week that it was inviting nonprofits to join in a competition at its annual conference next month where groups would publicly suggest their best ideas to win $40,000 for a project to jump-start the economy, nationally or locally.

Not only will nonprofits be subjected to "rapid-fire questions" from a panel of philanthropic colleagues, the audience will weigh in, too, and then choose the final winners.

Has organized philanthropy jumped the shark? How did it become appropriate to put nonprofits on display in a competitive process to pitch their ideas like carnival barkers? Was there any thought that perhaps nonprofit leaders might find it a little insulting and humiliating to be judged and turned down in a public forum? And does anybody think $40,000 is enough for a serious project to strengthen the economy?

In the wacky and, yes, fun world of popular culture, competitions are for beauty queens and celebrity apprentices. And contestants are people who push a button when they know the right answer.

But nonprofits, especially those that work with the neediest in our society, aren’t contestants. And poverty and hunger aren’t "Jeopardy" categories. Ask any 14-year-old fan of "The Hunger Games" if reality shows are a great model for decision making. Even they know that reducing human experience to a competitive circus is meant to be a dystopian view of society.

This isn’t the first — nor will it be the last — attempt by well-intentioned philanthropists to try to make grant making more fun. Last week, the Boston Globe reported that Todd Dagres, a Boston venture capitalist, is organizing a "Shark Tank"-style competition that rewards the charities best able to withstand grilling by prospective investors, or "sharks." Start-up organizations could pitch their missions to investors, who would vet them on their plans and support those they consider most promising.

We appreciate the effort to try to help nonprofits, especially those that need help. And we applaud Mr. Dagres’s observation that "category-killer" charities — large, well-financed nonprofits — are "sucking up so much attention and so much money that they’re making it difficult for other emerging nonprofits to get your attention and your money."

What we are concerned about, though, is the latest trend toward using amped-up competitions that offer paltry prizes to cash-strapped nonprofits. It seems particularly egregious for a charitable entity — whether the Council on Foundations or a well-meaning venture philanthropist — to give away tax-subsidized money using a high end, adrenaline-fueled sideshow that many nonprofits will find disrespectful at best, demeaning at worst.

This trend didn’t pop up overnight. It’s the outgrowth of a slow movement to create a marketplace for social goods and services more like the commercial and financial markets. But these organizations aren’t operating in a regular market and are limited by their business models, which one-time financing schemes won’t begin to solve. They are not substitutes for sustainable private or government investment.

No one disputes that nonprofits need opportunities to innovate and have that innovation be supported. It’s appealing to suggest contests and other gimmicks that give charities an incentive to promote new ideas, but what about the organizations that pursue time-tested efforts that are already producing results? Where’s their prize for being adaptive and resilient?

To be sure, some people will shrug off a critique of any effort that directs money to cash-strapped nonprofits, saying, "It’s all good."

As people who’ve all had to raise money for our organizations, we understand that nonprofits need all the financial help they can get. But we also know that for philanthropy and charity to work, the means and ends have to match in some fundamental way that’s lost in a shark-tank exercise. Otherwise, it just becomes yet another application method that takes a lot of time for the charities to complete and creates more distance between smart organizations’ great work and the resources they need to do that work. Already, grant makers do that with their traditional application processes; we need less of that, not more.

Maybe it’s time to stop expecting nonprofits to bow and scrape (and now provide entertainment value) and instead respect them and the important work they do. Grant makers should put nonprofits in a position to let their work be judged on the merits, not the optics, rather than force them to pander to investors in ways that epitomize the power imbalance everyone would like to see eradicated.

Perhaps most important, it’s time to surface the underlying deception in these kinds of gimmicks and fads: that problems poor communities face can be remedied with simple, quick fixes and on the cheap. Any nonprofit worker knows that what makes someone’s life complicated, exhausting, and disheartening stems from problems that are systemic and complex. That’s tough stuff that won’t be fixed by throwing some coins at it.

Communities and organizations get by every day through acts of kindness and cooperation, accomplishing things together that they could never achieve alone. The last thing nonprofits need is a televised play-to-get-paid competition where "winning" is construed as innovation and prizes are seen as fixes.

After the 2020 election, the issue of how (and even whether) American democracy would survive rose to the top of many Americans’ concerns. more »
END_OF_DOCUMENT_TOKEN_TO_BE_REPLACED