How Foundations Can Be the Risk Takers They Want to Be 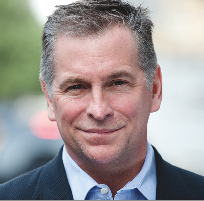 By Kevin Jennings, Executive Director, Arcus Foundation
This post also appears on the Arcus Foundation website here.
As I was listening recently to a nonprofit executive director describe to a group of grant makers and nonprofit peers the innovative hires and new programs his organization had made, I was filled with admiration. But that feeling turned to horror when he offered his last piece of advice to the nonprofit leaders in the room. "Whatever you do," he began, "do not put ideas like these in your foundation grant proposals. Find another way to pay for them."
When I challenged him on this, he replied: "I don’t want to be one of your high-risk grants and jeopardize my future funding if we fail. I’m going to give you something safe."
Lots of heads nodded in agreement.
How have we gotten to the point where nonprofits see foundation funding as an obstacle to innovation?
It seems all I ever hear is talk among my fellow grant makers about wanting to fund innovation, yet this wise, experienced, and, yes, innovative group of nonprofit leaders had concluded that foundations are the last place to go with a bold and risky idea. What’s behind this disconnect?
Foundations are in part to blame. We say, Bring us bold ideas, but we are loath to make a grant that might flop and make us look incompetent to our boards. We say, Take risks, but we have an unspoken rule that 100 percent of our grants must succeed (a rate expected in no other industry). We say, Innovate, but we’re much more likely to make grants for sure bets over uncertain ventures.
All foundations think it’s just other grant makers that are like this, not them.
But at the gathering of nonprofits and foundations, the grantees all but laughed in our faces when we suggested that to be the case. Based on what seemed to be bitter experience, these leaders have concluded that when we say we love innovation, we are, at best, deluding ourselves and, at worst, flat out lying. Our actions have spoken louder to them than our words.
Frustrated, I asked nonprofit officials to offer ideas for what we can do differently. My foundation will start following this advice.
Among the suggestions:
Start rewarding failure so long as people can tell you what they learned from it. One executive director spoke wistfully of investors at a venture-capital conference who presented case studies of failed companies they had backed and what they had learned from the flops. The presentation got boisterous applause from the other investors when finished.
It’s hard to imagine this happening at a foundation conference. And that’s part of the problem. If taking risks is punished instead of applauded, we should not be surprised that nonprofits are more than reluctant to bring us ideas that invoke risk.
Understand how innovation happens. One executive director noted that new ideas often come from people and activities that aren’t part of an established institution. Set aside some funding for both unknown innovators who devise new approaches and established groups that have the capacity to spread new ideas far and wide. Help each play their proper role.
Pay for gatherings and other efforts that spark innovation. One executive director says an international meeting of his peers is the only place he always gets at least one new idea. Like plants, innovation needs a place to take root and time to grow. As grant makers, we need to be more patient in creating opportunities that spur innovation and stop shoving short-term metrics down the throats of grantees in ways that constrain and stifle creativity.
Stop counting widgets. The foundation world’s obsession with quick and tangible outcomes was, in fact, perhaps the ultimate villain in our conversation. Grant makers and nonprofits alike say the tyranny of requirements to generate short-term measurable outcomes is a critical barrier to innovation. Have we taken the laudable impulse to quantify concrete returns on our grant investments a bit too far? Our grantees sure seem to think so, and, if we sincerely want to fund innovation, we ignore them at our peril.
I do believe that most of my colleagues in the foundation world genuinely want to fund innovation. But as a wise man once told me: "You’re the expert on your inside. Everyone else is the expert on your outside."
Nonprofits that want to innovate just don’t buy foundations’ rhetoric and aren’t going to until we listen and demonstrate we have heard them. It’s time to change the way we do business and put our money where our mouths are when we say we want innovation.

How Rapid Assessments Can Help the Shift from Response to Recovery

As funders, our immediate response to the onset of a global pandemic early in 2020 was humanitarian: to increase our support and to provide it in... Read @ The Center for Effective Philanthropy
Why New Yorkers should be proud of the 2020 Census Results
The unprecedented coalition of New Yorkers who came together to get out the count for this census have much to be proud of more »
As the Pandemic Pushes Women and Girls Further Behind, a Global Response to Gender Inequality Is Needed
Commitments to gender equality mean little without the financial backing and accountability needed to make them happen. Read @ The Chronicle of Philanthropy
Don’t Be A Stranger: Tips for Philanthropy on Distancing vs. Building Solidarity

As in person visits continue to be put on pause, I worry that prolonged distancing might push philanthropy towards more individualism and... Read @ GEO Funders
It’s Time to Fund Children’s Mental Health

With exponential increases in depression and anxiety among children, it is clear that we need collective philanthropic efforts to support our next... more »
END_OF_DOCUMENT_TOKEN_TO_BE_REPLACED