Grantmakers Should Seize the Moment to Support Racial-Justice Solutions 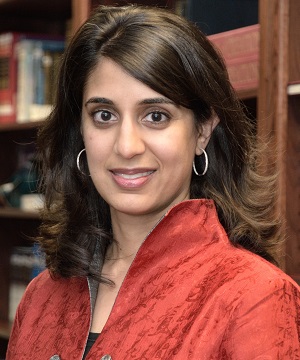 The Chronicle’s article "After Ferguson, Grant Makers Are Seeking Fresh Solutions to Racial-Justice Problems" (September 11) clearly expresses the need for funders to address underlying causes of racial tensions in this country. In addition to the recent deaths of Michael Brown, Trayvon Martin, and Eric Garner, violence and profiling motivated by racism and fear are also affecting America’s Muslim, Sikh, Arab, and South Asian communities.

As grant makers who serve those minority communities, we believe this is a key moment for philanthropists to join forces across traditional racial-justice and civil-rights silos. We must bridge our internal portfolio divides to support the community-rooted efforts that are leading the charge.
The systems that perpetuate the profiling and surveillance of targeted communities throughout the U.S. are interconnected and undergirded by sanctioned discriminatory attitudes and policies. While patterns of bias and discrimination have cycled through U.S. history, today the stakes are higher than ever. Powerful economic forces see gains from militarization here and abroad, from building walls and prisons and distributing drone and surveillance technology.
These economic and political interests have become further entrenched and harder to decipher, let alone challenge. Against this backdrop, the notion of a post-racial America seems at best idealistic.
And yet there is tremendous opportunity. In recent weeks, Latino, Asian-American, Arab-American, and Muslim organizations released statements of solidarity with the African-American community in Ferguson and are working together to devise and implement solutions. Their efforts remind us, as funders, that this is a prime moment for philanthropy.
As grant makers who have supported minority populations impacted by civil-rights violations after September 11, we have seen time and again that the solutions to these deeply entrenched problems require connecting the dots—focusing on community-led strategies and funding both within and across communities.
The September 11 attacks forced Arab, Middle Eastern, Muslim, and South Asian communities to mobilize and partner with one another, despite historical tensions. By deepening civic engagement and building multi-ethnic and -racial coalitions, we have seen a sophisticated new alignment across communities and organizations.
In our experience working at the local and national levels, we have seen where the gains have been most sustainable and promising.
Community organizing, civic engagement, and local-level advocacy have enabled diverse communities to get invested and involved, to see connections across issues and communities, and to affect changes in practices and policies. Perhaps more important, alliances built at the local level build viable bases to advocate for community-identified concerns at the state and regional levels.
More needs to happen. Organizations need to come together to fight patterns of bias and discrimination. Funders need to seize on this moment by examining how their own priority areas intersect with the needs and actions of diverse community organizations on the ground.
Throughout the country there are opportunities to invest in building stronger communities and enabling them to work together to identify and implement their own solutions. We must ensure that the voices of these communities are fairly represented.
Let’s not allow the lives of Michael Brown and countless other victims of a climate of hate and fear go unnoticed without taking action.
Visit ProteusFund.org for more information about the foundation's social justice initiatives.
Additional Resources:
Security & Rights Collaborative: Safeguarding rights and promoting a more inclusive America

Have you heard of the “nonprofit starvation cycle"? more »
END_OF_DOCUMENT_TOKEN_TO_BE_REPLACED