Home » News » Good Grantmaking Where Our Work is Not Always Welcome

Good Grantmaking Where Our Work is Not Always Welcome 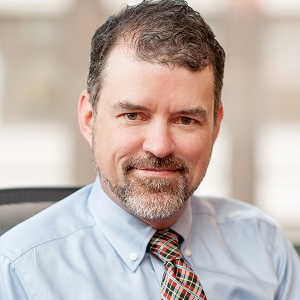 by Jim O'Sullivan, Program Director, IBD/Crohn’s Disease & Sr. Advisor, Israel Program, The Leona M. and Harry B. Helmsley Charitable Trust
Nongovernmental organizations play a vital role in ensuring vibrant societies, but not all countries provide the legal authority for civil society to flourish, nor have they traditionally supported an independent sector. On Tuesday, April 14, 2015, almost 40 members of Philanthropy New York’s International Grantmakers Network and the Peace and Security Funders Group came together to discuss a broad range of issues related to international grantmaking.
The session was titled “Philanthropy in Nations with Weak Civic Infrastructure: Exploring the Challenges” The discussion was assisted with examples from Kate Hartford, an independent writer, editor, and consultant and former program officer in China for the Ford Foundation; Steven Heintz, President of the Rockefeller Brothers Fund; and Regan Ralph, President and CEO of the Fund for Global Human Rights.
After several decades of expanded work on human rights, health, education, women's rights, and sustainable economic development across the world, the past few years have seen a pushback against engaging civil society in many countries. Worldwide, over 100 laws or restrictions have been put in place in the last decade, affecting everything from freedoms of speech and assembly to the ability of local nonprofit organizations to receive support from private foundations. Ironically, some of the restrictions put in place around grantmaking after the September 11, 2001 attacks in the United States, with the intention of preventing terrorism organizations from obtaining support, are now used by authoritarian governments to stifle the nonprofit sector broadly.
The discussion was framed by funders’ recognition of their responsibility to foster civil society across the globe, thereby helping to ensure that all nonprofits are able to act freely and effectively in their missions. Actions against independent organizations around the world are partly a result of the successes of these organizations and their supporters. Interestingly, some of the most specific legislation and regulation against nonprofit organizations stem not from an opposition to human rights per se but from concerns about projects that might impede economic development and natural resource extraction activities. Examples from recent changes—positive and negative--in China, Egypt, and Russia were discussed, highlighting the need for foundations to engage on a long-term basis, to calibrate levels of transparency according to local or regional sensitivities, and to work appropriately with city, state, and national governments.
The importance of showing respect for local customs, expectations to be collaborative, and support of family networks are said to be crucial in many places. In some countries, foreign donors are subject to deep suspicion for their possible motives in giving, with some of that skepticism growing out of colonial era histories that continue to resonate years later. In other societies, philanthropy has traditionally centered on familial relationships (as both donors and recipients), which can lead to donor-recipient relationships, common in the US, appearing puzzling at first. Governments may also seek to scapegoat nonprofit organizations for larger economic and social disruptions occurring in their societies. Winning trust is critical, and grantmakers should expect to spend a great deal of time on this task.
Donors will be most effective when operating from a long-term strategy, understanding local legalities and customs in depth, and fostering partners in each society who can help identify both short-term and long-term opportunities. Context is key. For example, in some countries this may require including all possible stakeholders in planning and projects, while in others, helping a small group is more likely to be effective. In almost all cases, foundations and private donors need to be prepared to give their local organizations the opportunity to take full credit for their accomplishments. Where significant local funders are coming to the fore as well, collaborations might be possible.
At the end of the meeting, a number of opportunities were discussed for further exploring the issues raised in supporting the development of civil society and independent organizations around the globe. The possibility of small table discussions focused on specific regions or issues was raised, as well as potential follow-on meetings for small grantmakers working internationally. Please send your ideas for future possible sessions to Michael Remaley at PNY.
Thank you to Ariella Saperstein of the Helmsley Charitable Trust and Donita Volkwijn at Rockefeller Philanthropy Advisors for their assistance with this piece.

Travis Baird, a Program Officer at the Maverick Capital Foundation, shares how his personal identity has guided his experiences and work within the... more »
END_OF_DOCUMENT_TOKEN_TO_BE_REPLACED