Get It Right, Right Now 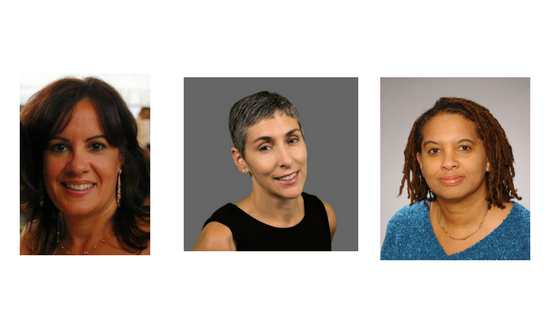 Philanthropy New York is very pleased to turn over the Policy Edition feature space to an important message from our members who are organizing around the 2020 Census. This is a topic PNY and Nonprofit Coordinating Committee of New York have agreed to work on together over the coming years.

It is no coincidence that the communities that are hardest to reach in the decennial census count are also those that are under-resourced and under-represented in federal, state and local government. Systematic undercounting of hard-to-reach communities in the census is actually something that southern West Virginia and the Bronx have in common.  And it could get a whole lot worse after the 2020 Census if we don’t take action in the years leading up to the count.

The decennial census count doesn’t just determine voting representation (New York State will probably lose one congressional seat in redistricting after the 2020 Census, but could lose two seats if there isn’t a full and accurate count). The census also determines the geographic distribution of a huge amount of federal funds – from human services programs like Medicaid, SNAP, S-CHIP, WIC, and housing vouchers to large-scale capital investments like highway planning and construction.  For fiscal 2015, it was estimated that 300 federal programs were shaped by the census, determining the allocation of approximately $700 billion for that year alone. Corporations also rely on census data to inform their business strategies and need information that is as accurate as possible.

The staggering range of impacts on communities is one of the reasons why many businesses leaders are just as concerned about undercounts as philanthropic leaders are.  The Funders Committee for Civic Participation is engaged in an impressive multi-year project to ensure adequate public and private resources necessary for a full and accurate count nationwide, and has many documents making an extraordinarily strong case for widespread, multi-sector support for these efforts.

While private support for supplemental planning and outreach efforts were productive and important in 2010, the challenges back then proved the importance of starting early. And the 2020 Census presents a whole new set of challenges, not least of which include increased suspicion and concerns about privacy in hard-to-reach populations (especially among immigrants), fewer federal resources being directed to outreach and testing in the lead-up to the census, and new, untested technologies being used in census.

At a time when even more resources should be dedicated to ensure a full and fair count given the additional challenges and experimental technologies being employed, the federal government seems poised to slash funding to the Census Bureau.  Even if the Census Bureau’s funding isn’t cut, there will still be a huge need for supplemental support, and foundations and businesses are helping by supporting:

While we hope many funders will participate in a pooled fund, we strongly encourage any funder who cares about strong communities to get involved and learn with us, even if your organization isn’t likely to participate in the pooled fund.  The 2010 census funders group had a wide range of national and local funders, as well as an important mix of corporate funders and private, family and community foundations.

The 2020 Census Funders Work Group will have three phases of work:

About a dozen PNY members have already come together for an informational meeting over the summer and an initial working group planning meeting that occurred last week.  There will be many opportunities in the coming year for funders to get involved, including another planning and learning session coming up on Monday, November 20 at 3:30 p.m. at Philanthropy New York.  We invite any funder – whether your work concentrates on health, education, community development, social justice, civic engagement, democracy-building or any other topic – to come and hear what’s going on.

For funders who want a primer on why Census 2020 is so important and what is happening across the nation to ensure a full and fair count, we also encourage PNY members to consider FCCP’s next webinar “Key 2020 Census Milestones: Preparing to Invest in a Fair and Accurate Count” on Thursday, November 16 from 3:00-4:00 p.m. EST.

If you think your organization’s grantees and the communities they serve will be affected by the outcome of the 2020 Census, we hope you will join us to learn and think about how to direct the limited resources we have.  If our communities are not counted, our communities will not count. While the process to ensure a full count is complex, the outcome is that simple.  Please join us.

If you are interested in learning more about the 2020 Census Funders Work Group, please email mremaley@philanthropynewyork.org

It is no accident that “purpose” - as a grounding element in philanthropic leadership - has been on our minds at Philanthropy New York. more »
END_OF_DOCUMENT_TOKEN_TO_BE_REPLACED