Home » News » As Funders of Equity and Education, Connect Research to Action for School Integration

As Funders of Equity and Education, Connect Research to Action for School Integration 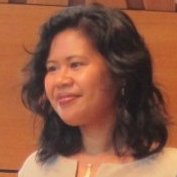 Those of us who are focused on public education and public schools have been immersed in passionate and sometimes heated debates over things such as teacher evaluation, accountability and charter schools for the past decade or more.  Conversations about segregation, integration and diversity, however, were rare, if they took place at all.  Recent events have peeled away years of coded camouflage to reveal still-raw schisms in our society along race and class lines.  With our nation now more openly confronting issues of racial, gender and socio-economic justice, New York City schools are grappling with their deeply segregated reality.

Although it has been more than 60 years since the Supreme Court's landmark Brown v. Board of Education decision, efforts at school integration have started, stopped, quietly succeeded on a limited scale and come undone.  School segregation is rooted in decades of painful history and fed by policies whose intended and unintended effects were amplified by individual decisions, market forces and other factors that seem beyond anyone’s control.  But, we cannot let this discourage us.

The Donors' Education Collaborative and the Education Working Group at Philanthropy New York recently hosted a two-part series on School Segregation and Integration in New York City.  We looked at recent research detailing the City’s residential and school segregation at the neighborhood level, the benefits of integration and districts’ and schools’ renewed interest in addressing segregation.  We also heard from City officials.

At the second session in October, we focused on how to integrate New York City’s segregated schools from the perspectives of different stakeholders:

Then, all of us – moderator, young people, panelists, researchers and funders – gathered around three tables to talk about strategies for combating segregation. I walked around the room listening to the conversations in each group, and I heard a frank exchange of ideas, hopes, dreams, vulnerabilities and fears.  We were taking a leap of faith together, recognizing differences and striving for a way forward.

But there was something that struck me about this group, in context of a similar gathering I recently attended with school district leaders and stakeholders discussing integration at the U.S. Department of Education in Washington, D.C.  Like the room at Philanthropy New York, the mood in D.C. was cautiously optimistic.  The panelists were preaching to the choir. A superintendent from Wisconsin noted that only those already committed to addressing segregation had traveled to D.C. to spend two days discussing it.    He said that we cannot forget that the choir has a job to do; the choir must go back to their districts and lead.  Another panelist pointed out that this leadership will take real courage.

At Philanthropy New York, we had introduced ourselves by stating our professional interest in racial integration as well as our personal connection to this issue.  Many of us said we are parents of children in City public schools.  It mirrored the dual nature of one of the most influential voices in New York City’s discussion of race and segregation.

As a journalist, Nikole Hannah-Jones created a deeply moving series on segregation and desegregation, and then she wrote a piece in the New York Times Magazine about how she and her husband struggled to decide where to enroll her five-year-old daughter.  This personal stake is what makes tackling this issue incredibly difficult and of paramount importance.  For many of us, integration will directly affect our own children and may force us to make uncomfortable decisions.  But, it is something we must tackle for precisely this reason:  integration will affect and benefit our children – all our children.

As funders and New Yorkers who believe in equity and the power of education, we must support the choir.  Research must be connected to action.  School and government leaders need the resources to learn about different strategies and put them into practice.  Advocates, communities, parents and young people need funding to continue to build alliances and organize for change.  They have shown leadership and courage, and we owe them ours.

Travis Baird, a Program Officer at the Maverick Capital Foundation, shares how his personal identity has guided his experiences and work within the... more »
END_OF_DOCUMENT_TOKEN_TO_BE_REPLACED